William H Macy and Felicity Huffman celebrate their wedding anniversary today, so we take a look back over their lives together as husband and wife.

Desperate Housewives star Huffman and Macy married on the 6th September 1997 and now have two daughters- Sophia Grace, who was born on the 1st August, 2000 and Georgia Grace, born on the 14th March 2002. 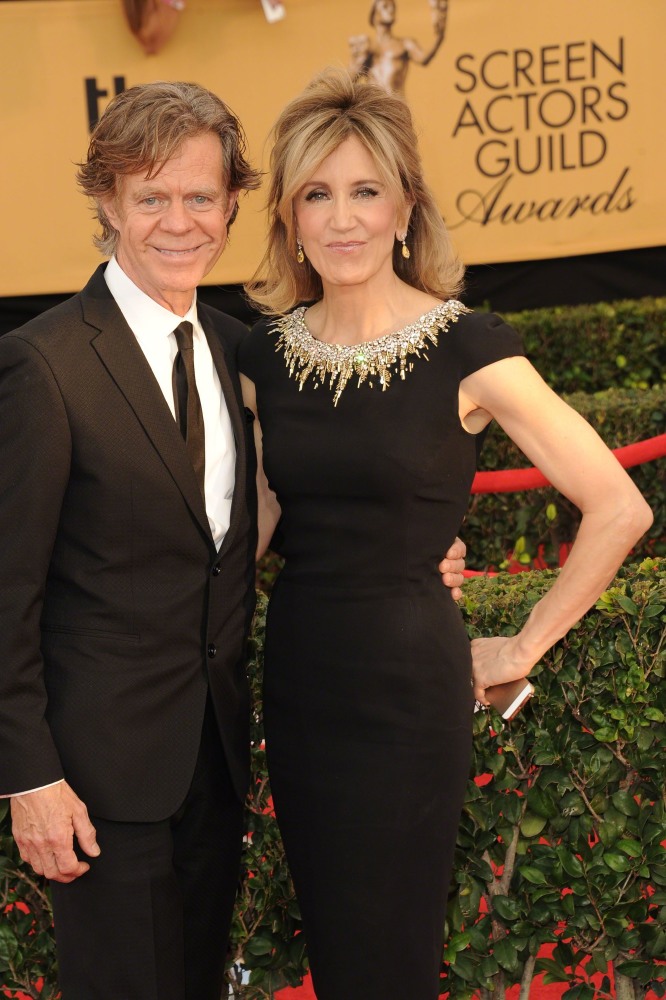 They reportedly lived together for 15 year before getting married in 1997.

The pair first met when Macy was teaching at the Atlantic Theatre Company where Huffman also eventually taught, however met him while she was his student.

The couple have appeared several times in films together and they each received a star on the Hollywood Walk of Fame on March 7, 2012.

They both reportedly have a passion for entering in to triathlons too.

Huffman said that while she was younger she suffered with anorexia and bulimia and allegedly- meeting Macy helped her through it.