Top tips for eating out in North London this Veganuary

She lists her favourite restaurants in north London so that others taking part in Veganuary - or just interested in eating more plant-based meals - will have some great insider tips.

The campaign to encourage people to try vegan in January is now in its fifth year, and is all set to be bigger than ever with Veganuary predicting more than 150,000 people will go vegan for the month. Last year, there were 60,000 registered participants from 172 countries, and one of them was Mill Hill resident, Barbara Lenton.

‘I signed up to take part in Veganuary after becoming increasingly concerned about animal welfare,’ she says. ‘I’d seen the now-famous “Best Speech in the World” and realised this was something I wanted to try.’

Barbara and her daughter took part together and have decided to remain vegan since. And several months ago her son has also become vegan. ‘Just my husband to go!’ she jokes. Barbara says that becoming vegan was a ‘fantastic decision’ and the best part about it is that it hasn’t really changed her life at all. Everything she did before, she does now but as a vegan.

And she has found a whole new world of vegan eating has opened up to her. She lists her favourite restaurants in north London so that others taking part in Veganuary - or just interested in eating more plant-based meals - will have some great insider tips.

Barbara enjoyed the month so much, she has decided to stay vegan and her message to people thinking about taking part in Veganuary 2018 is: ‘Just go for it – be guided by the Veganuary website, restock your kitchen and it’s fun, delicious and easier than you think. There is something quite special knowing that you’re eating in a way that respects all life and you have so much to gain. It’s a win-win!’ 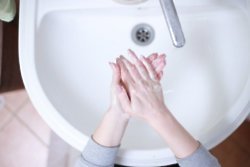 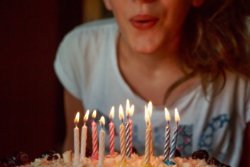 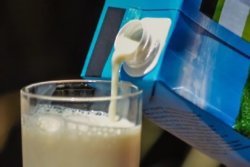