The boys from BOSH! share how they got one school to go vegetarian for a week!

'The majority of kids want to see more veggie and vegan options at school lunches, and that can’t be ignored.'

This year, BOSH! teamed up with Linda McCartney Foods and Cook School to uncover the state of the UK’s meat-free school dinner options and encourage more meat-free meals by turning one school totally vegetarian for National Vegetarian Week. We caught up with Henry and Ian to tell us more... 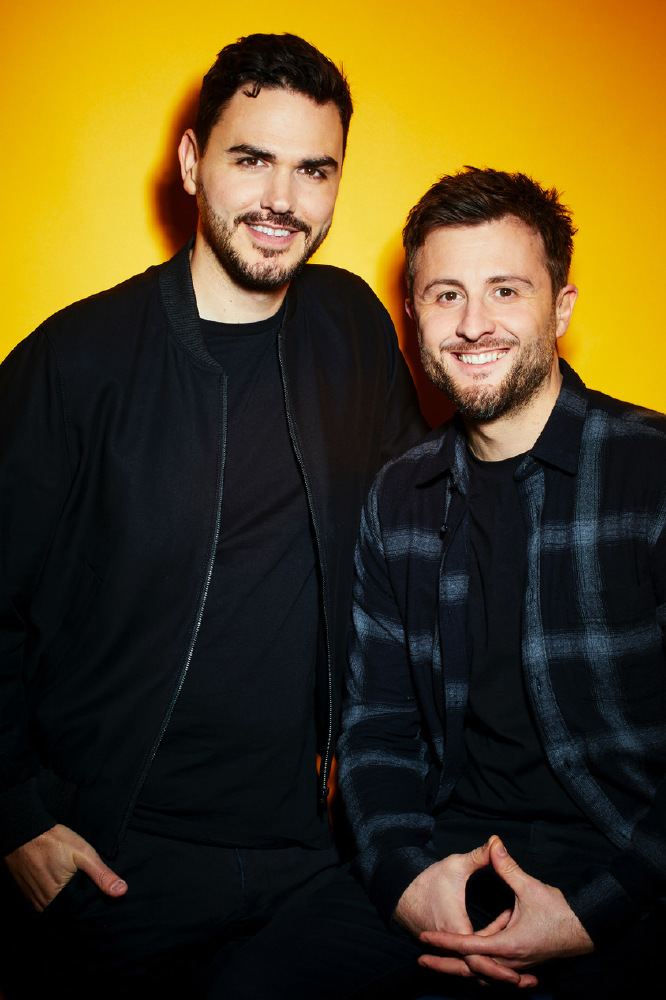 Henry and Ian from BOSH!

For those who hate cooking or don’t have the time, what are the quickest and easiest meat-free dishes they can make?

We want to make sure our recipes fit around your lifestyle. We know people don’t have the hours or expertise, so our aim is to make plant-based cooking as simple as possible for everyone!

When we’re in a rush, our go-to is our Super-Speedy Spaghetti – the clue is in the name! This dish is from our second book, BISH BASH BOSH!. It tastes so good and you can make it your own by throwing in red peppers, olives, capers… basically whatever you have in your fridge!

Also, If we’re really short on time, we always have some Linda McCartney veggie sausages in so we can whip up a quick bangers and mash or a sausage sarnie!

Recent research by Linda McCartney Foods found that 70% of children would prefer more vegan options at school – what meals would you suggest that would be a hit with the little ones?

When we were younger, we loved the classic British meals our parents made us, like pies and roasts. We think of ourselves as food remixers. So we take those recipes which often involve meat and other animal products, and make them plant-based. There’s nothing better than a warming Shepherd’s Pie, or our Tofish Finger Sandwiches are real crowd pleasers, especially with little ones.

What did you do before BOSH! and what is a typical day like in your world now?

Both of us have a background in digital marketing, but we’ve always been foodies at heart. So when we decided we wanted to cook for the world, BOSH! just seemed the natural thing to do. Now our typical day involves waking up, fitting in some exercise and then getting into the kitchen to create recipes.

We work really hard every day to make sure that every video we put on our channel is high quality and that every recipe is thoroughly tested and tried.

What motivated you both to go meat-free in the first place?

We became vegan around four years ago after watching Kip Andersen’s documentary, Cowspiracy. It showed us that eating a plant-based diet can change the planet – and there’s nothing more important than saving the world we live in.

You helped turn one school went entirely meat-free for the week - what do you think needs to happen to encourage more schools to do this?

We loved helping Linda McCartney Foods turn Trinity Primary School (Lewisham) entirely veggie for a week! As you mentioned, the majority of kids want to see more veggie and vegan options at school lunches, and that can’t be ignored.

We hope that decision-makers within schools listen to what these kids want. We need to show them how delicious meat-free option can be – not to mention all the nutritional and environmental benefits that come along with a plant-based diet.

Do you think avoiding meat is just a phase or do you think it’s a lifestyle that’s here to stay?

People are more aware of what they’re eating, how it’s produced and the impact on the planet and animals. It’s not a trend that’s simply going away.

When we first started our channel, it was really hard to even get a vegan meal on the high street. Vegan has absolutely gone mainstream and we’re really proud of the role we’ve played in that – you can now walk into any chain and they’ll have a vegan option!

What is your favourite Linda McCartney Foods product from the range and why?

Henry: It’s got to be the Shredded Hoisin Duck. The texture is bang on, and it tastes great in crispy duck pancakes or stir fries!

Ian: For me, it’s the Red Onion & Rosemary Sausages. They’re so flavoursome – perfect with some mash and veg or in a casserole.

You have had huge success with both your books so what did you do to celebrate?

We’re so humbled by how quickly BOSH! has grown, and then to have the best-selling vegan cookbook of all time has been incredible. When we launched our second cookbook, BISH BASH BOSH!, we celebrated properly with a launch party in East London with 3,000 food lovers! We had a DJ set whilst simultaneously cooking!

Please tell us one thing that will make people go meat-free today?

Whether you cut out meat three times a week or are plant-based, we’re there for you if you need some good grub! The climate crisis is real and every small change you make can have a big impact, cutting out meat and dairy is one of the best things you can do as an individual.

2019 has been a great year for us! We’re releasing two more books this year, including How To Live Vegan which is out in October.

We’ve got some really exciting projects in the pipeline for next year. Ultimately, we want BOSH! to carry on spreading the plant-based word, inspiring others to try new recipes and keep proving how delicious and easy a plant-based diet can be! 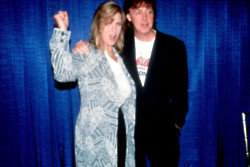 Paul McCartney: I chopped onions to spare Linda the tears