10 Plant based foods that are also medicine for the body

What we eat can make a difference to our long term health and wellbeing.

According to Hippocrates famous quotation “let food be thy medicine and medicine be thy food’,  what we eat can make a difference to our long term health and wellbeing. Many large scale epidemiological studies such as the Nurses Health Study and EPIC study examined the long term effects of nutrition and lifestyle on health and disease and development and have examined this hypothesis. These studies have found that a Mediterranean type of diet with a higher vegetable, oily fish and vitamin D intake and lower red meat and processed meat intake is linked to reduced risk of certain cancers, cardiovascular disease, cognitive impairment and eye disease.

So what foods should we eat each day to help reduce the risk of disease developing and nurturing our long term health? Based on these epidemiological studies, I advise people to have a diet rich in a large variety of fruits and vegetables, oily fish and other mono-unsaturated fats including extra virgin olive oil and avocado and foods that promote gut health including whole grains.

I’m particularly passionate about cancer prevention and as it is Breast Cancer Awareness Month, I’m sharing my favourite 10 plant based foods and sharing how they prevent cancer. 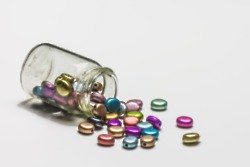 What does it mean to dream about medicine?

Fatherhood is the best medicine according to new research 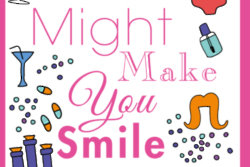 Laughter really is the best medicine