Dunvegan or ‘GoVegan’-PETA asks Scottish castle to make a change

PETA has sent a suggestion to Scotland's Dunvegan Castle this morning: become the world's first vegan castle, along with this- a name change to GoVegan Castle .

In the letter, PETA - whose motto reads, in part, that "animals are not ours to eat" -it highlights that the change would be in-keeping with the growing number of people going vegan. According to stats- the interest in veganism is at a high in Scotland. PETA has seen a 223% increase in requests for their own vegan starter kit. Mintel has also found that 20% of 16-24 year olds are already enjoying the plant based diet.

Vegans have a reduced risk of heart disease, strokes, diabetes, cancer, and obesity. Additionally, every person who goes vegan saves up to 100 animals every year from daily suffering and death in the meat, egg, and dairy industries.

Animal agriculture is the leading contributor to greenhouse-gas emissions so vegans are 'greener' too.

Just last year, Edinburgh was awarded with PETA's title of the UK's Most Vegan-Friendly City -which was won by Glasgow in 2013. Edinburgh has more than 20 vegan-friendly restaurants, many of which serve plant-based alternatives to traditional Scottish fare, including vegan haggis.

I hope this letter finds you well. I'm writing on behalf of People for the Ethical Treatment of Animals (PETA) with an exciting proposal for Dunvegan Castle - we'd like to suggest you become the world's first vegan castle and change your name to GoVegan Castle!

From Al Gore and Bill Clinton to Beyoncé and Frankie Boyle, it seems everyone is going vegan these days. Google Trends shows that searches for "vegan" are at an all-time high in Scotland, and in the past year, requests for PETA's free vegan starter kit from people in Scotland are up by 233 per cent!

Embracing the vegan movement has never made more business sense, as an interest in vegan living is truly booming. Young people are leading the way - research from Mintel found that a whopping 20 per cent of 16- to 24-year-olds in the UK have embraced plant-based eating.

A newly christened GoVegan Castle would help to usher the estate into a bright new future - one that celebrates the vibrant healthy vegan lifestyle.

We understand that there may be some resistance to making a change, but we are confident that becoming the world's first vegan castle with a shiny new name to match would lead to increased tourism and international publicity for your ancestral seat as well as helping draw attention to the benefits to human health, the environment, and animals of embracing a vegan lifestyle.

We'd be very happy to provide you with a supply of our free vegan starter kits for your non-vegan visitors, and we've attached a picture of what the new logo might look like. We hope you like it as much as we do. Thank you so much for your consideration.

I look forward to your reply.

PS: If renaming the castle "GoVegan" permanently is too daunting, how about just for November to mark World Vegan Month? 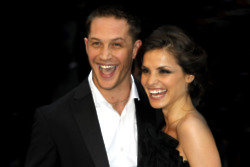 7 Things you never knew about Tom Hardy and Charlotte Riley 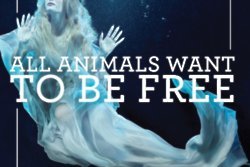 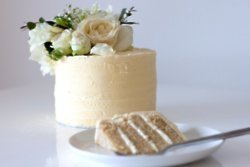 A Vegan Take On The Royal Wedding Cake