After weeks of going after one another verbally, Rowdy Ronda Rousey would go up against Nikki Bella in the main event of WWE's first ever all-female pay-per-view, WWE Evolution, in a match for the Raw Women's Championship. 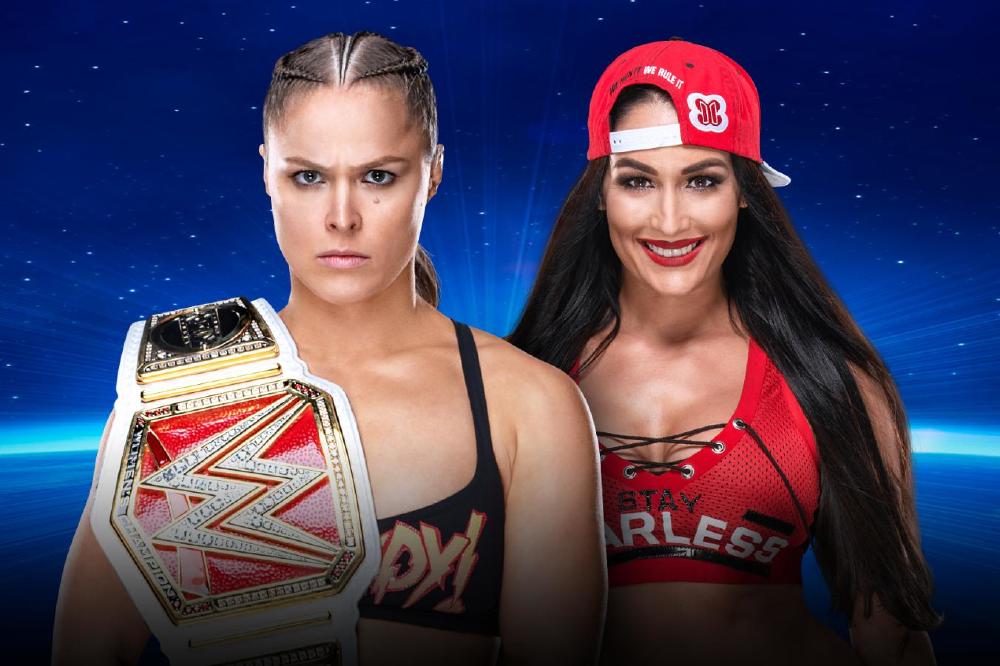 Twin magic came into play a number of times at the beginning of the match, with Brie Bella causing distractions and even attacking Ronda when the official's back was turned.

This allowed for Nikki's mean streak to come to the forefront, with a surprising string of dominating attacks grounding the champ.

Nikki may be a two-time champion, but to say that anybody was expecting her to put on such an incredible show of strength and domination at times against Ronda would be a lie.

When it looked like the tides were turning against Nikki, she managed to evade a crossbody from Ronda off the top rope, but the champ would eventually get both of the Bella twins on her shoulders and slam them to the ground.

Ronda then forced Nikki into the corner, hitting her with a series of strikes before unloading on the former two-time Diva's champion. She even got her payback from last Monday, slapping Nikki across the face before ragdolling her across the ring.

With Brie attempting to get involved once more, Ronda would show that she had had enough of the two-on-one, throwing her across the announce table and almost straight into announcer Michael Cole's lap.

Nikki was in the ring regaining stamina however, and delivered a powerful Alabama slam to Ronda upon her return. She gained a two count with a pin, before smashing Ronda with the Rack Attack 2.0. This would however again only give her a two count when she went for the pin.

Ronda regained momentum, eventually locking in the armbar and forcing Nikki to tap out almost immediately.

WWE Evolution is available now on WWE Network, alongside other content exclusive to subscribers.