Though WWE were pitching WWE Evolution's SmackDown Women's Championship match as the first ever Last Women's Standing match, that accolade actually belongs to Asuka and Nikki Cross who fought it out in a match with the same stipulation on NXT. 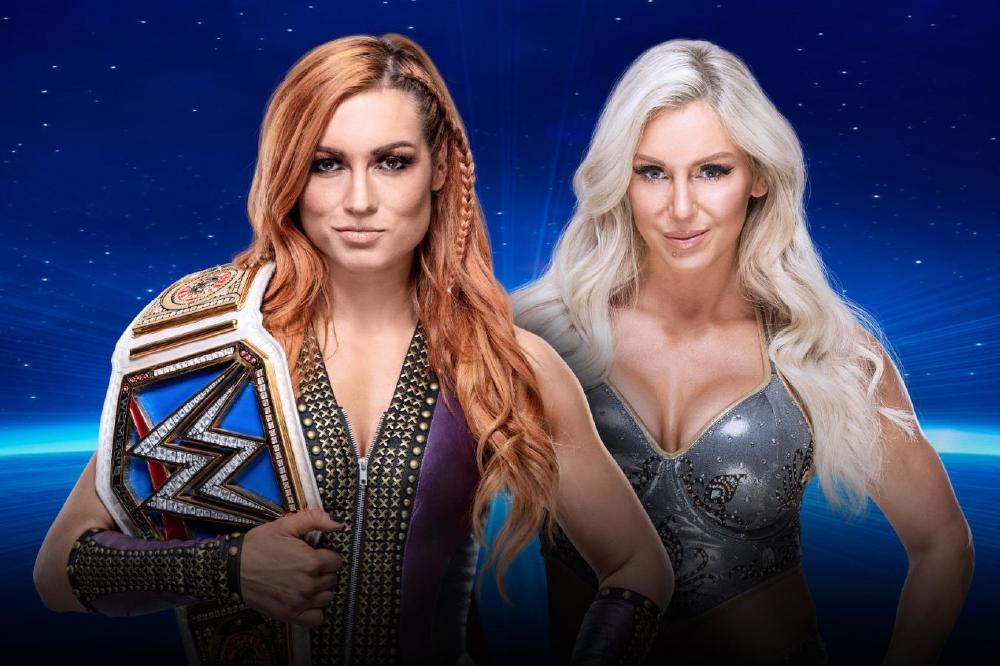 Still, away from NXT, this is indeed their first Last Women's Standing match, and who better to take part than Becky Lynch and Charlotte Flair?

Once great friends, the pair have been going through a major feud following Lynch's turn on Flair and eventual capture of the SmackDown Women's Championship. It's been incredible to watch; so much so that we hope it's not completely over just yet!

So, when it came to the match, what actually went down?

Lynch and Flair exchanged plenty of blows, knocking each other to the ground for small counts of two and three, but it didn't take long for things to start getting a little more dramatic and chaotic.

Grabbing a kendo stick from under the ring, Lynch would unload with some brutal strikes on her competitor, but Flair would eventually grab ahold of the weapon to bring the strikes to an end. Unfortunately for her, Lynch again got the upper hand before getting hold of a steel chair. Flair would do the same, and the pair threw their chairs inside the ring along with a whole host of others hidden under the apron.

Flair then dragged out a tabe from under the ring, but Lynch would then jump off of the steel steps to ground her opponent. Flair turned the tide with a suplex outside of the ring, earning a count of five but of course, no win.

The first steel chair shot came into play from Lynch, who smashed Flair in the back and in the ribs as she tried to set up the aforementioned table. Another shot rained down on Flair's kidneys, before Lynch dragged her by her hair back into the ring.

Setting up a huge pile of steel chairs, Lynch attempted to throw Flair through it before the latter reversed and suplexed the champ through the foreign objects.

Lynch would however gain momentum once more, setting up Flair on the table, but taking too long to deliver a move. She'd swap places with the champ and Flair would attempt a moonsault through the table. She missed the first time, but then smashed Lynch through the table with an incredible jump from the corner. The pair went through the table and the audience were left stunned!

A ladder was later brought into the ring, which Flair was slammed into spine-first. A chop block saw Flair pick up momentum once more, before the challenger used the ladder to lock in the must brutal figure four the WWE Universe has ever seen, before turning it into a stunning figure eight.

Fortunately for the champ, a chair was at her disposal, which she used to smash Flair's legs and gain a bit of time to pull herself back together.

After a tussle on the outside, Lynch would attempt to leave the match and stadium altogether, title over her shoulder. Unfortunately for her, Flair followed and the two exchanged blows including hard shots and chops within the crowd.

Flair brought Lynch back to ringside, before setting up the German announce table for a big move, and a ladder right next to the table. Lynch would however smash Flair in the back during her ladder set-up, popping the challenger onto the table before going to the top of the ladder and hitting her with a leg drop straight through the table.

Only getting a count of nine, Lynch decided to bury her opponent with announcer chairs, steel chairs, tables and other foreign objects, but again, she would only get a count of nine.

Begging for mercy, Flair would unload on Lynch with a kendo stick and deliver a spear on the outside of the ring, as the audience rained down boos, clearly big fans of the heel champion.

Flair set up another table on the outside of the ring, which she would use to bounce Lynch's face off of before setting her up for another big move. Climbing to the top of the ringpost, she looked to be going for a moonsault, but Lynch got to her before she could deliver and threw her rival spine first through the table.

This was enough for Lynch to pick up the 10 count and secure the retention of her SmackDown Women's Championship, in one of the night's best matches.

WWE Evolution continues on WWE Network, sitting alongside other brilliant WWE content available only for subscribers.