If you’re a fan of the spooky and kooky, then we’ve got the perfect list of shows to stream this Halloween…

Every October, there’s a plethora of fresh blood when it comes to streaming; especially for fans of horrors, thrillers and just about everything a little bit spooky.

So, with that in mind, we’ve taken a look at all of the streaming services available, browsed their catalogue of everything on offer for Halloween season and, whittled all of the new shows down to this comprehensive list, to create the Ultimate Streaming Guide for October 2021.

Here’s everything you should be watching this month…

The fourth season of Slasher - of which the first three seasons are available on Netflix - is exclusive to Shudder and, provides some of the goriest kills of all. Utterly camp and jazzed up by a charismatic cast of performers that are perfect for horror, the story of a family who must fight it out for their patriarch’s fortune is told in slick style. All episodes are available to binge, so get to it!

YOU Season 3 - Available now on Netflix

If you’ve not seen the first two seasons of YOU, make sure you catch up before jumping in here, or you will be utterly confused by what is going on! With that said, Season 3 catches up with Joe and Love as they build a family and attempt to keep their murderous urges at bay. Of course, that’s easier done than said for a couple who have been so successful in keeping their violent affairs under wraps for so long…

When the Streetlights Go On - Available now on The Roku Channel

A group of teenagers' lives are turned upside down when a double homicide takes place in a small midwestern suburb, in the fall of 1995. With investigators on the hunt for answers, the show is a study on human emotion, the passing of time and, the violence that can infect what should be an innocent and pleasant suburb.

If you’ve not heard of Squid Game just yet, where exactly have you been hiding? For those of you who haven’t yet jumped in, then it’s time to indulge! As the most successful Netflix series ever, you don’t want to miss out on being a part of the inevitable Squid Game conversations that will undoubtedly be a big part of the next few months.

This modern take on the 1997 hit classic horror, I Know What You Did Last Summer, honours the same chilling premise, in that a town full of mystery could have those buried secrets unearthed. A group of teens are stalked by a mysterious killer just one year after a fatal accident during their graduation night; will they be able to survive death's bitter grasp?

Just Beyond - Available now on Disney Plus

If you’re hoping to enjoy some horror with younger viewers this Halloween, then you can’t go far wrong with Just Beyond from Goosebumps creator, R.L. Stine. Each of the eight episodes tells a different story with a new cast of characters, that go on a journey of self-discovery and are introduced to a realm just outside of our reality, including parallel universes, ghosts, witches and more.

If you’re a fan of all things drag and horror, then The Boulet Brothers’ Dragula is sure to entertain you! Bringing some of the most fabulous, kooky and spooky drag monsters from across the globe together to compete, this is the fourth outing for a series which is fast-becoming the premiere reality drag competition, period.

This horror anthology features some of the most terrifying stories from each state across America, all from executive producer Sam Raimi. Stories are spread across two or three episodes, and are sure to send a chill down your spine. Maybe watch this one with the lights on, unless you’re feeling brave… 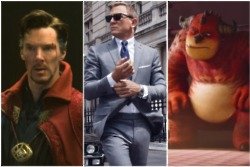 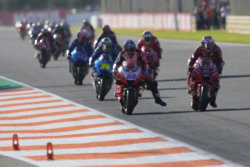 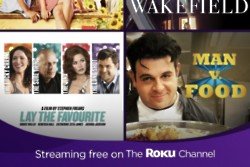