As for whether they could ever be together... I hope they can be. But if they did, it'd be a rocky road. It won't be all happiness. And if there is happiness, it'll definitely be temporary.

Marc Elliott admits there's only a "rocky road" ahead for his 'EastEnders' alter-ego.

The actor - who plays troubled Muslim Syed Masood in the BBC soap - isn't sure whether his character will ever end up happy after his gay love affair with best friend Christian Clarke (John Partridge) was exposed, because he's still unable to accept his own sexuality.

He told DigitalSpy: "Syed and Christian are very different people. Christian's very out and proud whereas Syed isn't that kind of gay man - he's very insecure and doesn't like shouting it from the rooftops. As a couple, if they did get together, that would come between them. It's not just a religion thing for Syed, it's more about the kind of man he is.

"As for whether they could ever be together... I hope they can be. But if they did, it'd be a rocky road. It won't be all happiness. And if there is happiness, it'll definitely be temporary."

Syed - whose pregnant wife Amira (Preeya Kalidas) has fled Albert Square after learning of the affair - will see his alter-ego reach such a low point that he attempts to commit suicide in coming weeks, but even this will not be enough to stop his strict Muslim family from ostracising him.

He said: "Once he's got through the suicide bid and the bit of turmoil in the aftermath, he picks himself back up again. I do hope there's more happiness to come, though. Regardless of whether he ends up with Christian, he'll lose his family as the Masoods aren't going to stand by his sexuality." 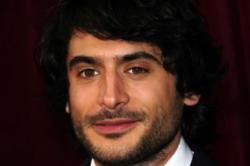