Six television shows you should watch this September

If you're anything like me, you need a fair few shows to get you through each month. There's nothing better after a long day, than sitting back and relaxing with the latest television the world has got to offer.

With that in mind, I've put together a list of some of the best shows that you can check out this September! Let us know which you'll be watching over on Twitter, @FemaleFirst_UK!

The gang return for another series of trials and tribulations, with cast changes and plenty of drama to ensure that UK viewers can finally get their Shameless fix. Enjoy Isidora Goreshter's turn as Svetlana Yevgenivna Fisher whilst you can, as this is her final season!

Martin Freeman leads this brand new ITV drama, based on the true story of Detective Superintendent Steve Fulcher (Freeman) who breached police procedure and protocol in his bid to catch a killer. If past ITV dramas are anything to go by, it's going to be one heck of an intense ride.

If you were a fan of LOST, then it looks like we're going to get our new fix of island chaos, with Netflix's latest original series, The I-Land. This fight for survival however, looks to be a game for some, as those who survived a plane crash are forced to go up against one another if they're to keep their lives.

Based on the trilogy of Stephen King novels, Mr. Mercedes is a crime show that started with a demented serial killer tormenting a retired police detective, and has turned into one of the most addictive series of its genre. If you're not a StarzPlay subscriber, then this show alone is reason enough to sign up.

Ryan Murphy's hit horror series is back for a ninth season, which promises to be unlike any others in that it's a straight-up slasher! New additions to the cast include Gus Kenworthy and Angelica Ross, but this is going to be the first season that doesn't include Sarah Paulson or Evan Peters. Still, we're sure the writing team have gone above and beyond to ensure it's a major success!

Another Ryan Murphy show here, and the first since his huge deal with streaming service, Netflix! Teaming up with actress Jessica Lange once more, who looks to be playing a hilarious role if the teaser is anything to go by, he's giving subscribers comedy series The Politician, telling the story of a youngster making his way through high school with the ultimate ambition of becoming President of the United States. 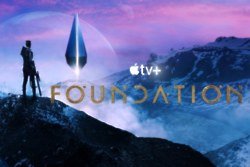 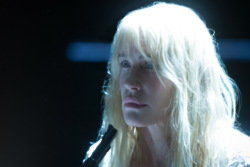 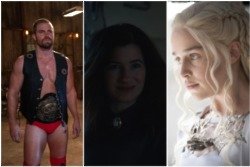