Today (November 2, 2018) marks the release of both the sixth and final season of House of Cards on Netflix, and the first season of Amazon Prime Video original series Homecoming. Following the allegations levelled at Kevin Spacey back in 2017, his leading HoC role as Frank Underwood was pulled from under his feet, and Netflix made the decision to bump Robin Wright into the position of the final season's lead. 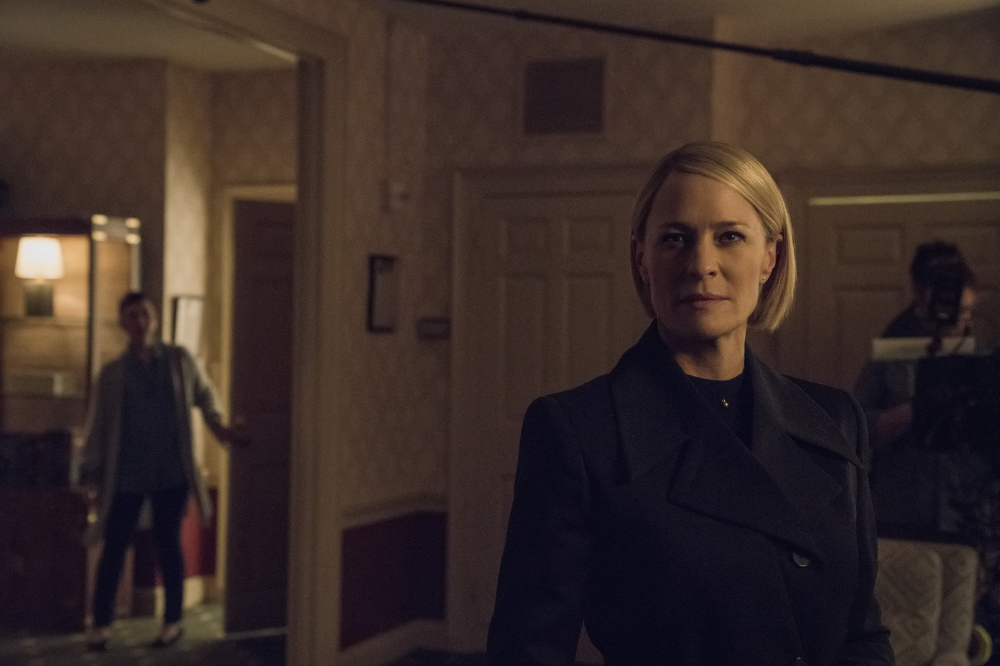 Throughout the five HoC seasons to-date, Wright has proven to be an incredible force. She is without a doubt one of the best actors the small screen has ever played host to, with writers carving out a brilliant narrative for the star to really showcase her acting chops.

In this final season, Wright's character Claire Underwood becomes the first ever female President of the United States, and writers have done their all to keep it as realistic as possible. She receives death threats and put downs simply because of her gender, and the narrative the creative team weave here prove that this has always really been a series about Mrs. Underwood. She may not have been front and centre at all times, but she's without a doubt the show's shining star. It's a shame that we get a shortened last outing with Wright and her fellow HoC cast, as she could have easily fronted a full season.

Unfortunately, the real world of American politics is nowadays often increasingly more chaotic than anything scriptwriters could put on screen. Still, Wright does everything she can with the material she's given - and then some - and it's a shame we won't see her in this role again in the future.

Meanwhile, Roberts today makes her TV series debut in Amazon's Homecoming; a show based on the critically-acclaimed podcast created by Eli Horowitz and Micah Bloomberg.

The psychological thriller is directed by Sam Esmail and follows the story of Heidi Bergman (Roberts), a woman who works at a facility that aims to help soldiers transition from their often traumatic working lives back into the civilian world.

We catch up with Heidi a few years after she left her job as a caseworker at the facility - which is aptly called Homecoming. She's now a waitress who lives with her mother, and is settled into her new life. When a Department of Defense auditor disrupts her peaceful existence however, with questions as to why she left the Homecoming facility, Heidi realises that the story she's been telling herself may not be the whole truth.

As anyone who has seen any of Roberts' films will know, she's an enigmatic and compelling performer. That's no different in Homecoming. Through the episodes I've been lucky enough to preview, she threatens to steal every scene she's a part of, and in playing somebody with such a dual-nature and personality, this role is unlike anything she's lent her skills to in the past.

With millions set to tune in to watch both House of Cards and Homecoming across this weekend and the next few weeks, it's hard to deny the increasing presence that strong female leads have on television. There is of course still a way to go before complete equality is accomplished, but in seeing women such as Wright and Roberts at the front of such huge properties, we're taking a mighty leap in the right direction.