Nico Tortorella is a talented young actor, who to-date has appeared in a handful of high profile of movies and television shows, including Scream 4, The Following and more recently, Younger, which premieres in the UK tonight (November 25).

The show follows Liza Miller (Sutton Foster), a woman who needs a big change in her life. With her marriage coming to an end, her daughter spending her life overseas and her lack of employment, she's got nothing left to lose.

At 40, she decides it's time to chase her dreams, but starting her career from the bottom at this point in her life has caused her to doubt herself, until a drunken night out leads to an encounter with a much younger guy. That guy is Josh - played by Nico.

Though the show will continue to show Liza's story with or without Josh (we won't spoil!), Nico Tortorella is a man who keeps on giving, especially through his Instagram account.

Taking up the very strenuous job of finding some of his best posts and pictures, I decided to wade through and come up with Nico's top 10 Instagram Insta-gifts to-date - enjoy!

why is this necessary? cuz why da fuck not.

2) When he proved it's cool for boys to love Barbie, too

in a barbie world.

3) When he did some shameless Younger season 2 promotion work

one hour premiere. ya dig. @youngertv

4) When he enjoyed posing in THESE beauties

the house that built me.

happy birthday to me. thanks mom...

8) When he proved he was the best travel partner ever

i don't take my self seriously. @oliviersimille cameraman.

10) And of course, whenever he shows his love for animals

From the creator of Sex and the City Darren Star, Younger premieres tonight (November 25) in the UK on Sony Entertainment Television at 9pm. 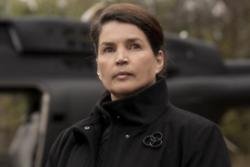 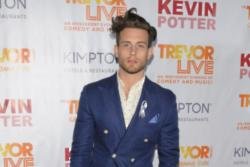 Nico Tortorella: Ashton Kutcher one scolded me for doing drugs