We bring you all of the latest news from the world of television!

If you’ve been struggling to keep up with the latest news from the world of television, don’t panic! We’ve brought together some of the best and most important stories from the past seven days so you don’t have to go searching across the web to find out exactly what’s been happening…

Doctor Martin Brenner (Matthew Modine) makes his return in what could arguably be the strangest and most confusing Stranger Things teaser of all time.

With the upcoming fourth season expected to debut at some point in 2022, fans have been waiting for any hint of what we can expect and now, we’ve gotten a glimpse at exactly what Dr. Brenner may be getting up to behind-the-scenes.

Theories are already flying, with some firmly believing that we’ll be seeing a time travel story when the show makes its return. Of course, we’re likely not going to get any answers or confirmation at all until the episodes themselves are available on Netflix.

After over 10 years in the role of Jackson Avery, Grey's Anatomy star Jesse Williams will be leaving the long-running medical drama.

The Doctor’s story will come to an end as Season 17 prepares to wrap up and, it looks like his character will be getting a rare happy ending rather than leaving the show in a bodybag.

So long as there aren’t any twists up the sleeves of the writers, Jackson will move from Seattle to Boston, rekindling his relationship with April Kepner (Sarah Drew). Something that will undoubtedly put a smile on the faces of all those watching!

Whilst we know The Walking Dead is coming to an end, Jeffrey Dean Morgan has hinted that Negan's story may not be over for good.

Speaking with CinePop, Morgan said: "It's going to be the end of Negan as we know him on The Walking Dead but we may see Negan down the line somewhere else.”

This is just another hint in a long string of teases that there could be a spinoff series for the fan-favourite villain. With so many different Walking Dead projects both in the works and being broadcast, another show being added to the roster isn’t out of the realm of possibility. There’s also the chance that Negan could pop up in one of the projects already announced.

HBO Max's upcoming Friends reunion has now officially been filmed and this week, Courteney Cox - who starred in the hit comedy series as Monica - appeared on The Ellen Show to give a few hints as to what we should all expect.

Noting that it was both "unbelievable" to be with her old co-stars once more, she said it was "so emotional" as they all "got to be on Stage 24 for the first time, all of us, in... I forgot how many years. 15 years? 17 years?”

“We had a lot of special surprises,” she continued. “It was fantastic, it really was.”

Now we’re just waiting for a premiere date. Let’s hope HBO Max have some details on the way!

Whether you were so much of a fan of the original that you cannot bear the new animation style, or you’re simply excited for more Rugrats adventures, it's hard to resist the allure of the first full-length teaser for the animation’s upcoming reboot.

Reimagining the 90s classic was going to be a tough job for anybody and, it's fair to say that the colourful CG-animation - which will bring back all of our favourites including Tommy, Chuckie, Phil, Lil, Susie and Angelica - has caused some division amongst longtime fans.

Still, we’re sure there will be countless people hoping to watch it when it makes its debut on May 27th, exclusive to the Paramount+ platform in the United States. Fingers crossed for a UK debut, too!

RELATED: All of the best new and returning TV shows coming to the small screen in May 2021! 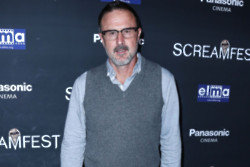