Tom Allen stood in for Noel Fielding during filming for 'The Great British Bake Off' Christmas special. 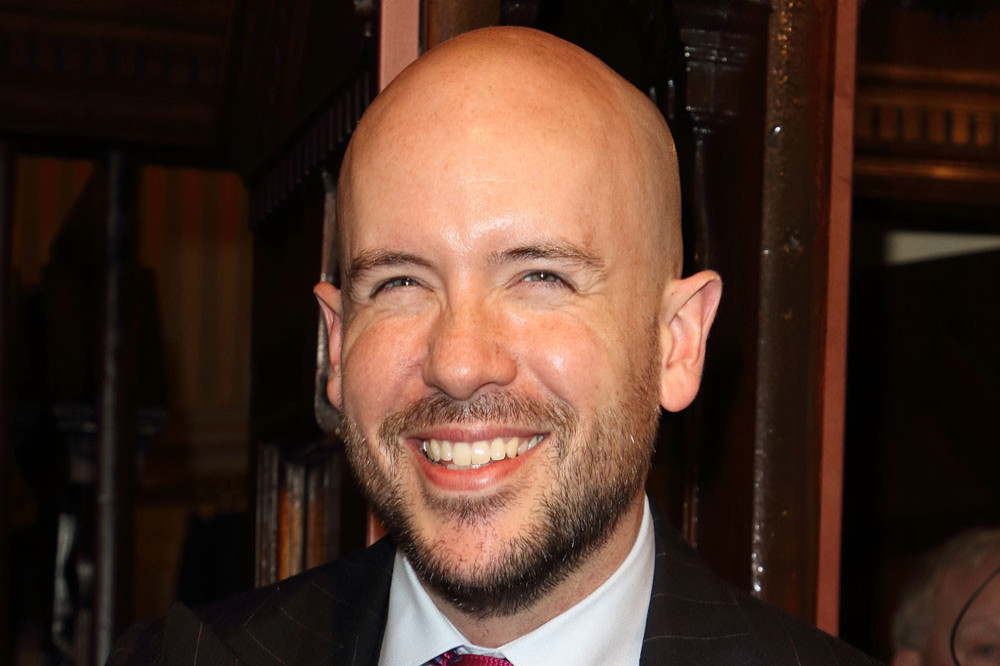 The 37-year-old comedian replaced the 47-year-old presenter - who welcomed his second child with partner Liliana Bird in October - for the Channel 4 baking competition's festive episode whilst Matt Lucas' regular co-host was on paternity leave.

Appearing on ITV's 'The Jonathan Ross Show', Tom revealed: "I was thrilled to be asked to host with Matt Lucas. Finally, bald gay men are getting their chance on television."

The Christmas special includes two episodes that see former contestants return to compete in three festive challenges, which will be aired on Christmas and New Years Day.

Last year, the cast of 'Derry Girls' invaded the 'Bake Off' tent and went head-to-head to be crowned Star Baker by judges Paul Hollywood and Prue Leith.

Although details are yet to be revealed for this year's competition, Tom revealed that he had "great fun" watching the bakers treat the judges to delicious cakes.

He added: "Paul and Prue get treated like priests, the bakers walking up, like bowing to them... they were so reverential. It was great fun."

Meanwhile, Tom recently revealed how he wanted to be an actor when he was younger after gaining experience with the National Youth Theatre and appeared in films, including the comedy 'Starter for Ten'.

He said: “I wanted to be an actor but it turned out I was just gay. Standup is not something you really do as a teenager. You do plays instead. I was like, ‘Hmm. All these plays seem to be about other people.’”

He soon began taking stand up comedy gigs which became an instant success as he won two competitions, including the BBC New Comedy award but it didn't change how he felt about himself.

He added: “I didn’t like myself at the time, and winning the competitions didn’t change that. I only got good as a standup once I learned to understand myself and celebrate my quirks and insecurities.”