Ryan Moloney wants to be new Pat Phelan in Corrie

Ryan Moloney would love to join 'Coronation Street' or 'EastEnders' and murder one of the residents at Christmas time.

Ryan Moloney has set his sights on becoming a Christmas killer on 'Coronation Street' or 'EastEnders'.

The 'Neighbours' actor is keen to become the next Nick Cotton (John Altman) in Albert Square or Pat Phelan (Connor McIntyre) on the cobbles by joining the UK soaps over the festive period to wreak havoc on the residents.

He exclusively told BANG Showbiz: "I'd love to give a UK soap a crack.

"Maybe I could come into 'Coronation Street' or 'EastEnders' or something like that, in a Christmas special.

When told Pat was brutally stabbed to death earlier this month to end his reign of terror, paving the way for another cobbles killer, he added: "Yeah, so now I could just pop in and do a quick killing at Christmas.

"That's all we need. I wouldn't mind killing any of the characters."

The 38-year-old actor - who has played Jarrod 'Toadfish' Rebecchi for 23 years in the Australian soap - also hinted he had a word with Ryan Thomas about Weatherfield when the British star appeared in 'Neighbours' as Rafael Humphreys earlier this year.

He added: "I know he had a great time hanging out with the cast. He's a lovely fella. He's a really nice guy.

"Everyone had fun with him."

EastEnders' evil Nick infamously beat Reg Cox to death with a lead pipe in February 1985, and then stabbed Eddie Royal in September 1991.

But if Ryan ever signs up for 'Corrie' he might like to check out a lowlights reel of Phelan's gruesome murders, which have seen him bump off Vinny Ashford (Ian Kelsey) Andy Carver (Oliver Farnworth), and Luke Britton (Dean Fagan).

He also watched on as Michael Rodwell (Less Dennis) died from a heart attack.

But Phelan got his comeuppance when Anna Windass (Debbie Rush) stabbed him to death on June 1st. 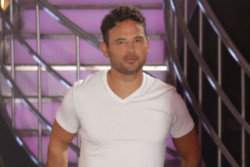 Ryan Thomas emotional as daughter surprises him during 262-mile trek 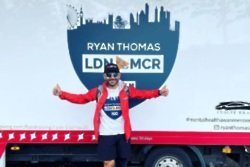