Richard Hammond contracted cellulitis whilst filming the new episode of 'The Grand Tour'. 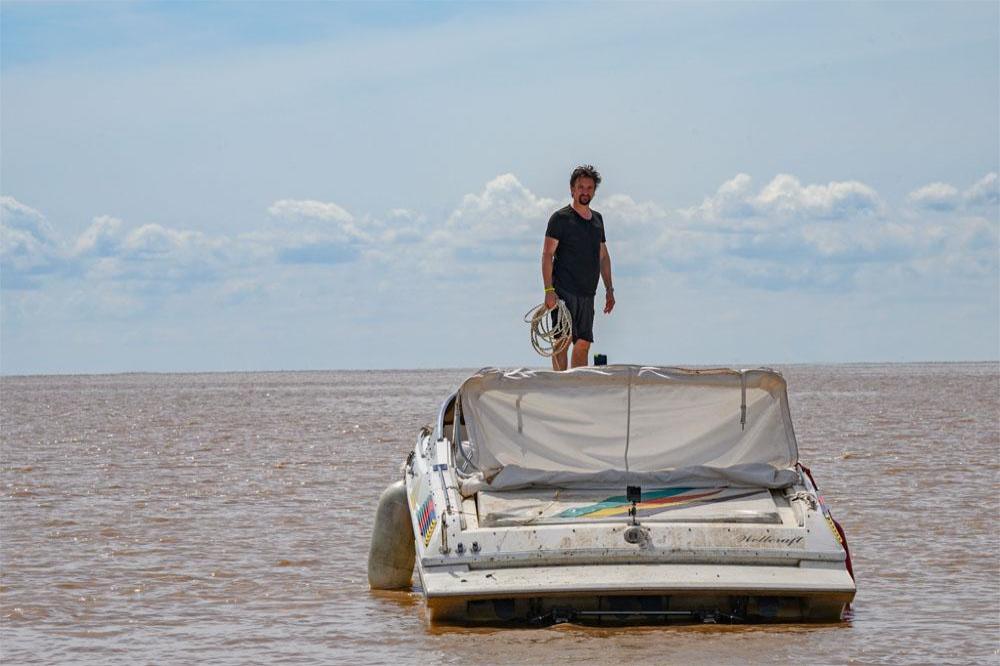 The 49-year-old presenter - who suffered the infection in his feet as he and co-hosts Jeremy Clarkson and James May embarked on a journey from Cambodia to Vietnam for the Amazon Prime Video show - revealed it could have turned into sepsis had it spread.

Speaking at an event promoting the new episode, Richard told BANG Showbiz: "It bloody hurts. It's one of those on the list of c**p conditions I've had. I got it from climbing into the water and then I realised my legs were hurting. My feet were very red and it went through my legs.

"You could literally see it tracking up my leg. I'm at a disadvantage because it's a much shorter journey to my vital organs. That would have been a really c****** way to go."

Richard revealed that he needed a "huge" dose of antibiotics to prevent the infection from spreading.

He said: "The medic gave me a huge dose of antibiotics but it was still painful."

It is the latest health scare Richard has suffered whilst filming, as he was once left in a coma in 2006 after a near 300mph crash and also had a major crash whilst filming 'The Grand Tour' in 2017.

However, he received little sympathy from Jeremy and James when it came to his latest ordeal.

He added: My feet hurt and I had to walk like an old lady, so the other two took the p**s non-stop."

This special sees the trio swap cars for boats, a mode of transport Richard admitted he isn't an expert on.

He commented: "I don't know anything about boats. Mine was long and pointy so I thought it would be a good one. It was rubbish, absolute garbage. It didn't work properly."

'The Grand Tour presents: Seamen' will be available on Amazon Prime Video on Friday 13th December.