Queen Elizabeth II has led tributes to Captain Sir Tom Moore, who passed away on Tuesday (02.02.21) following a battle with COVID-19 and pneumonia.

Queen Elizabeth II has led tributes to Captain Sir Tom Moore, who passed away on Tuesday (02.02.21) following a battle with COVID-19 and pneumonia. 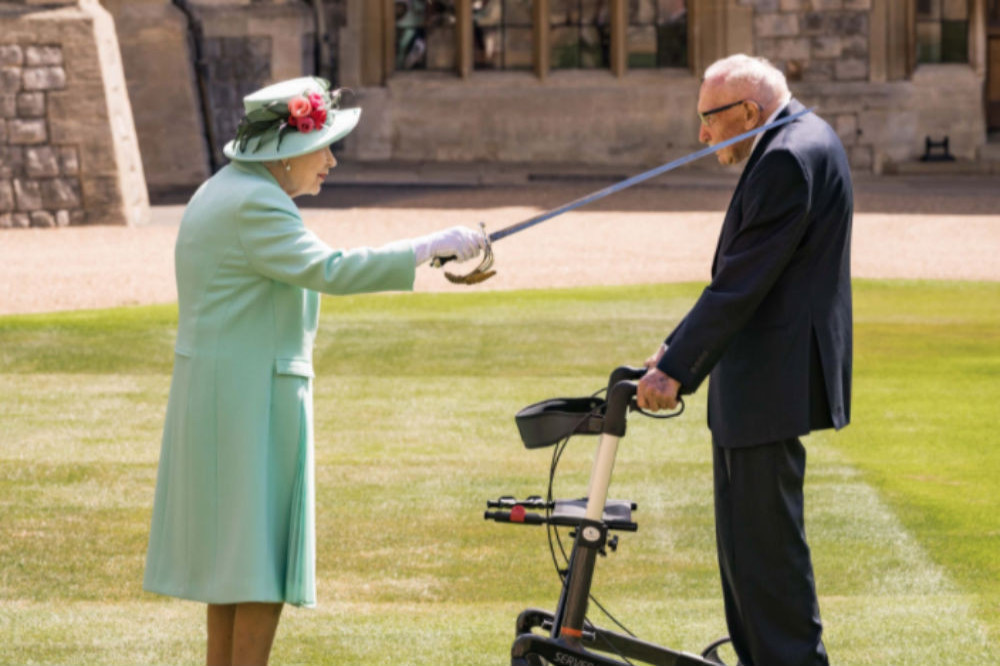 The former military officer - who raised millions for charity amid the start of coronavirus pandemic in March - passed away at the age of 100, after he was recently hospitalised with pneumonia, and tested positive for COVID-19.

And following the sad news, the Queen has reached out to Captain Sir Tom’s family, after she awarded him a knighthood for his charitable deeds.

Captain Sir Tom also received a tribute from the UK prime minister Boris Johnson, who posted a statement to social media honouring the centenarian for his “astonishing” charitable achievements.

He wrote: "Captain Sir Tom Moore was a hero in the truest sense of the word. In the dark days of the Second World War he fought for freedom and in the face of the country's deepest post war crisis, he united us all, he cheered us all up, and he embodied the triumph of the human spirit.

“It is quite astonishing that at the age of 100 he raised more than £32million for the NHS, and so gave countless others their own chance to thank the extraordinary men and women who have protected us through the pandemic.

"He became not just a national inspiration but a beacon of hope for the world. Our thoughts are with his daughter Hannah and all his family."

There were also tributes made by TV stars including Piers Morgan and Gary Lineker, as well as a simple tweet from the official NHS account.

The health service wrote: "Thanks for everything Sir Tom."

The Army veteran - who helped to raise money by walking 100 laps of his garden amid the pandemic – was confirmed to have passed away by his family on Tuesday.

Hannah Ingram-Moore and Lucy Teixeira, his daughters, said in a statement: "It is with great sadness that we announce the death of our dear father, Captain Sir Tom Moore.

"We are so grateful that we were with him during the last hours of his life; Hannah, Benjie and Georgia by his bedside and Lucy on FaceTime.

"We spent hours chatting to him, reminiscing about our childhood and our wonderful mother. We shared laughter and tears together.

"The last year of our father's life was nothing short of remarkable. He was rejuvenated and experienced things he'd only ever dreamed of.

"Whilst he'd been in so many hearts for just a short time, he was an incredible father and grandfather, and he will stay alive in our hearts forever."