'Ant-Man' co-stars Paul Rudd and Michael Pena have reunited to appear as astronauts in a new Pepsi MAX advert, 'No Can Left Behind'.

Paul Rudd and Michael Pena have reunited to play astronauts in a new advert. 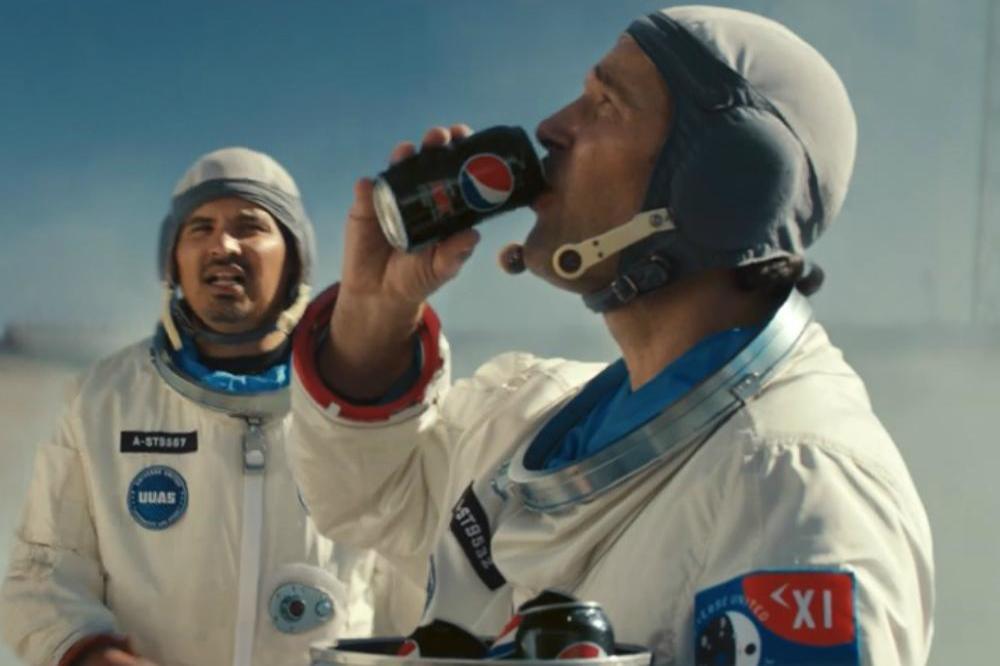 Paul Rudd and Michael Pena in the Pepsi MAX ad

The 'Ant-Man' co-stars have teamed up once again, after playing former cellmates and crew mates in the 2015 superhero movie, for a Pepsi MAX cinematic-worthy ad, entitled 'No Can Left Behind', which shows how far the spacemen will go for a Pepsi MAX.

Paul said: "It was a total blast, pun intended, to don the Pepsi MAX space suit and film this epic space shoot.

"To be able to do it with the hilarious Michael Peña made it an 'out of this world' experience."

The advert sees the astronaut pair preparing for a rocket launch and running through their pre-flight checklist, only for them to realise they have forgotten to pack their Pepsi MAX supplies.

The pair are then involved in a desperate race to grab some of their favourite cola before they blast-off into space.

Michael added: "I always have an awesome time working with Paul and this was such a fun piece to shoot.

"We had a blast on set with Pepsi MAX and I hope people enjoy watching it as much as we enjoyed making it."

The ad was helmed by another star, director and actor Taika Waititi.

Under the newly-introduced international tagline and brand platform, FOR THE LOVE OF IT, Pepsi MAX is encouraging people to go all in for the things they love, from football and music to epic entertainment, with Pepsi MAX at the heart of it all. Join the conversation online with #FORTHELOVEOFIT.