'Broadchurch' actress Olivia Colman has been named the most influential person in British television, with incoming 'Doctor Who' showrunner Chris Chibnall following as runner-up.

Olivia Colman has been named the most influential person in British television. The 44-year-old actress - who will take on the role of Queen Elizabeth II in the upcoming third series of Netfix drama 'The Crown' - finds herself at the summit of on-screen and behind-the-scenes talents who have had an exceptional past year.

Curated by Radio Times magazine, the list ranks 'Broadchurch' star Olivia - who rose to fame in 'Peep Show' - in the number one spot, followed by writer Chris Chibnall, and 'This Country' stars Daisy May Cooper and Charlie Cooper.

Susanna Lazarus - RadioTimes.com's associate editor - said: "At a time of rapid change in the way we watch TV, how appropriate that our list is topped by a brilliant performer who has starred in some of the biggest broadcast shows of recent times and is soon to become the queen of on-demand as the lead in Netflix's 'The Crown.' "

'Saturday Night Takeaway' host Dec Donnelly is also high in the rankings in fourth, as he prepares to host 'I'm A Celebrity... Get Me Out Of Here!' without his presenting partner Ant McPartlin.

Other stars who made the top 20 include England football manager Gareth Southgate, following the Three Lions' fourth-place finish at the recent World Cup, and 'Match of the Day' host Gary Lineker.

3. Daisy May Cooper and Charlie Cooper 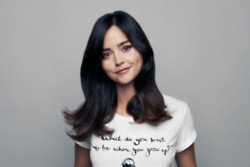 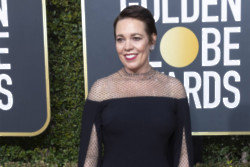