Daredevil, Luke Cage, Jessica Jones and Iron Fist have all either already found success on streaming service Netflix, or in the case of Iron Fist are gearing up for the release of their own original series a little later this year. Once all four have streamed, the four heroes within each individual series will come together for a momentous small screen event, as Marvel’s The Defenders comes to fans across the globe. 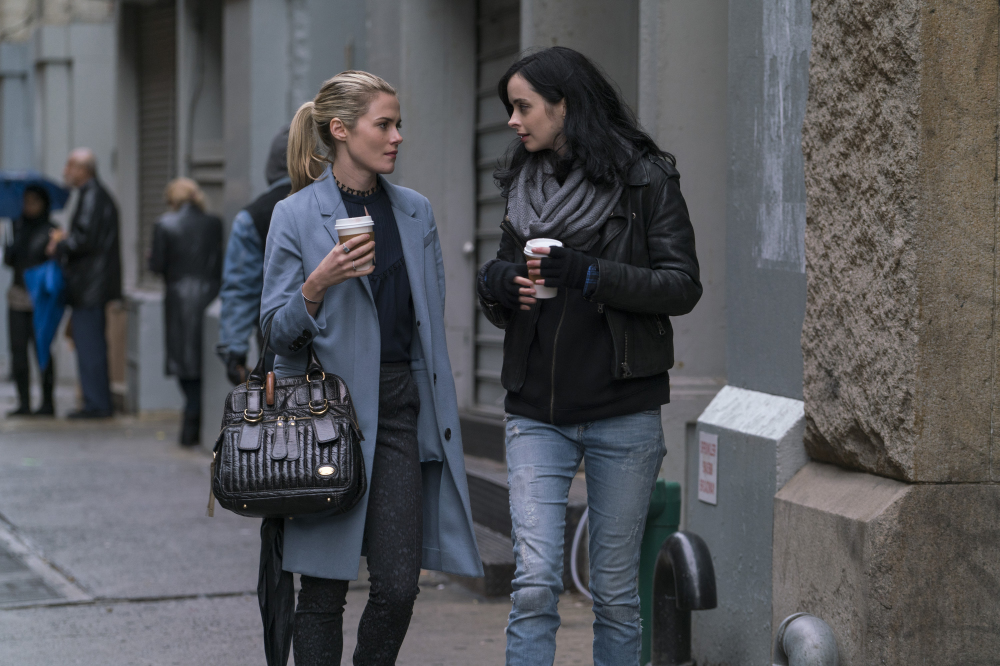 Though little bits of information have been trickling out to future viewers about where the new series will be headed and the threats the heroes will be facing, not much of the show has been seen. That is until today, when three brand new first look images from the show were released.

Featuring Krysten Ritter (Jessica Jones), Charlie Cox (Daredevil), Finn Jones (Iron Fist), Mike Colter (Luke Cage) and new addition to the cast, Sigourney Weaver (Alexandra), the images give us a glimpse of the action right around the corner and our first view of Weaver’s take on new villain Alexandra. Described by showrunner Marco Ramirez as an “utter badass”, not much has yet been revealed about Alexandra’s aims or goals, but she’ll be taking centre-stage in going up against four of Marvel’s grittiest crime-fighters.

Showrunner Ramirez added: “Sigourney is the kind of person you can buy as the smartest person in the room, who you can also buy as a person holding a flamethrower. Her character is a very powerful force in New York City. She’s everything Sigourney is: sophisticated, intellectual, dangerous… I’m sorry. I can only say a bunch of adjectives right now.”

The earlier-released synopsis for the new series reads: “Marvel’s The Defenders follows Daredevil (Charlie Cox), Jessica Jones (Krysten Ritter), Luke Cage (Mike Colter) and Iron Fist (Finn Jones). A quartet of singular heroes with one common goal – to save New York City. This is the story of four solitary figures, burdened with their own personal challenges, who realise they just might be stronger when teamed together.”

Marvel’s The Defenders launches globally on Netflix this summer.