Kevin Bacon tells porkies about not wanting to be on TV

'Footloose' actor Kevin Bacon is starring in a new TV series despite claiming he doesn't want to be TV actor.

Kevin Bacon has agreed to strip off for his new show - despite vowing never to become a television star. 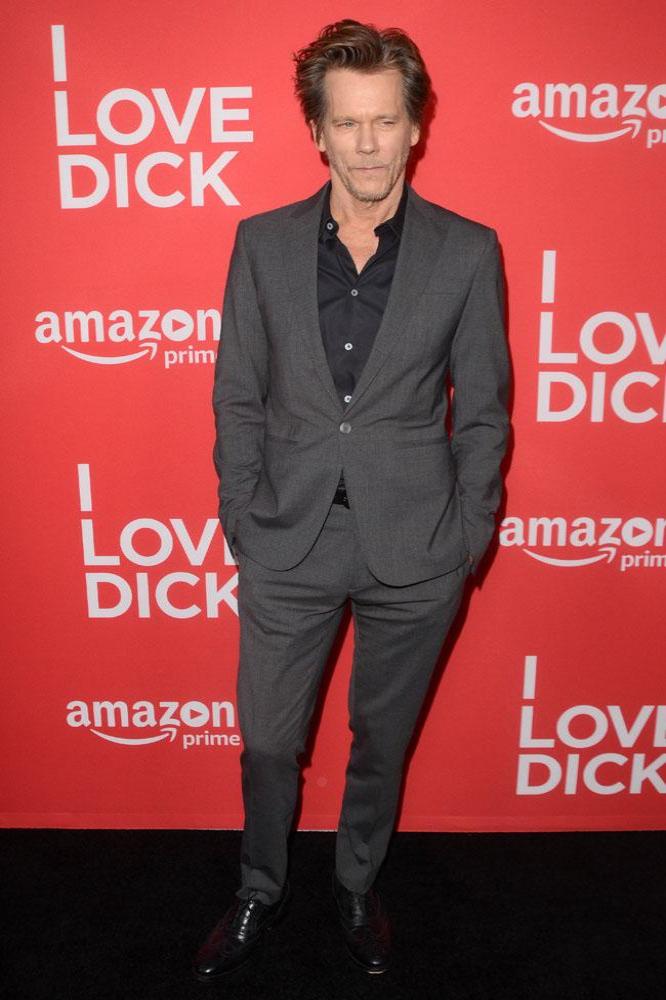 The Hollywood actor - who is best known for portraying the main role in 'Footloose' - was adamant he'd never sign up to a series once he had carved out a successful film career but it looks like he's now backtracked on his statement as he's currently starring in the Amazon TV series 'I Love Dick' - and he's even been persuaded by bosses to do so in the nude.

Speaking to Radio X, the 58-year-old star said: "I've said in the past I don't want to be on a TV show. My wife Kyra (Sedgwick) was on a TV show but she didn't want to do it because she is a dedicated mother and she was supposed to be filming in Los Angeles.

"I told her to go do the pilot because it probably wouldn't catch on. The show then ran for 8 years.

The actor said he realised he needed to make the switch to the small screen when he was going to parties and heard other people discussing different series.

He said: "People were talking about all these different shows they were watching and starring in. I felt out of it. People go were the writers go and writers were moving to TV. So I decided to get involved."

Kevin has been cast as art professor, Dick, in the Amazon Prime programme, which follows a married couple whose relationship is put to the test when they both fall for the same man.

Although he's happy with his role at the moment, Kevin has admitted that if a suitable part came up on 'The Walking Dead', he'd jump at the chance because he's a "big fan."

He said: " I'm a big fan of 'The Walking Dead' and if a part came around that would be suitable I wouldn't say no to it."