Katya Jones is terrified Nicola Adams will accidentally swear on 'Strictly Come Dancing' and has told her to say "Jeffrey" instead of turning the air blue. 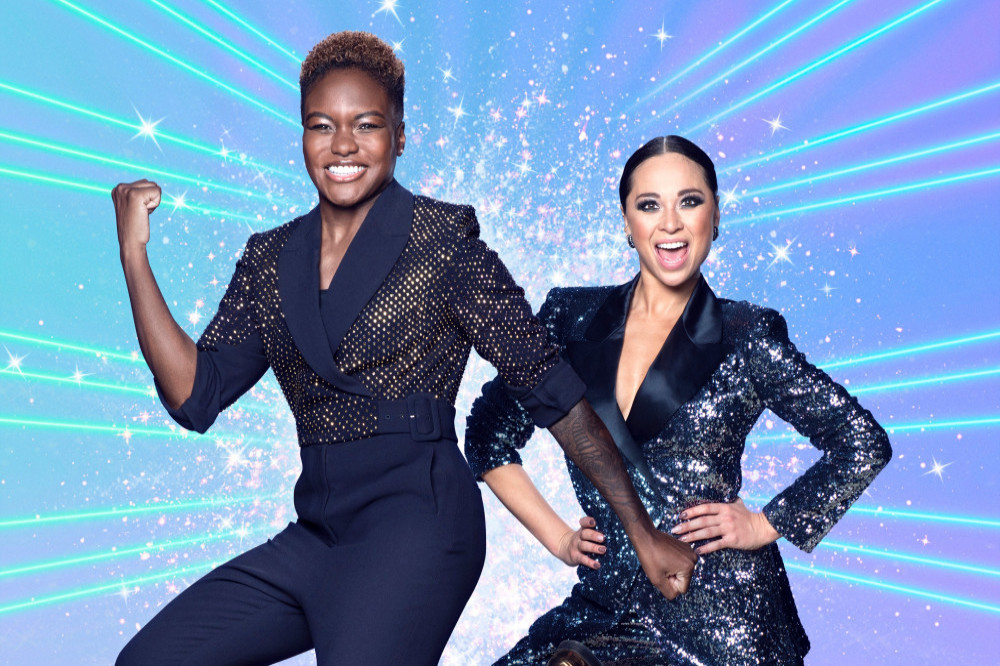 The 31-year-old professional dancer is said to be so concerned her dance partner will curse on the live show that she has told her to say “Jeffrey” in place of any naughty words.

A source told The Sun newspaper’s Bizarre TV column: “Katya knows it would be a disaster if Nicola swore on telly so is trying to train her out of it. The trouble is, Nicola usually just swears and doesn’t really think about it, so it’s been quite hard.

“Katya is making her say ‘Jeffrey’ instead though and it just makes her sound crazy, so Nicola will be speaking much more politely by the time ‘Strictly’ is over.”

The pair are making history on this year's Latin and ballroom series by becoming the first same-sex pairing on the show, but that doesn’t faze Katya.

She previously said: “In the ballroom world, there are same-sex partnerships and same-sex competitions, so it's a really normal thing, you know?

“I've always taught as a lead and a follower, so this doesn't feel like anything extra.”

Katya believes she will form a "powerhouse" partnership with the 37-year-old Olympic boxer.

She added: “I'm just really excited to get someone whose work ethic is out of this world - she's so used to training hard. For me, that's all I look for in a partner.

“We're two strong-minded women and we're going to be a powerhouse together. And, you know, dancing is dancing.”

What’s more, Nicola and her girlfriend Ella Baig - who she has been dating since 2018 - are confident their relationship will not become another victim of the so-called "‘Strictly’ curse".

Ella said: “I'm not worried about the curse. Nicki and me are best friends so I don't really see anyone as competition and she doesn't either.

"The grass is never greener on the other side and me and Nicki have a lot of history together, so I don't think anyone is going to steal her off me.”