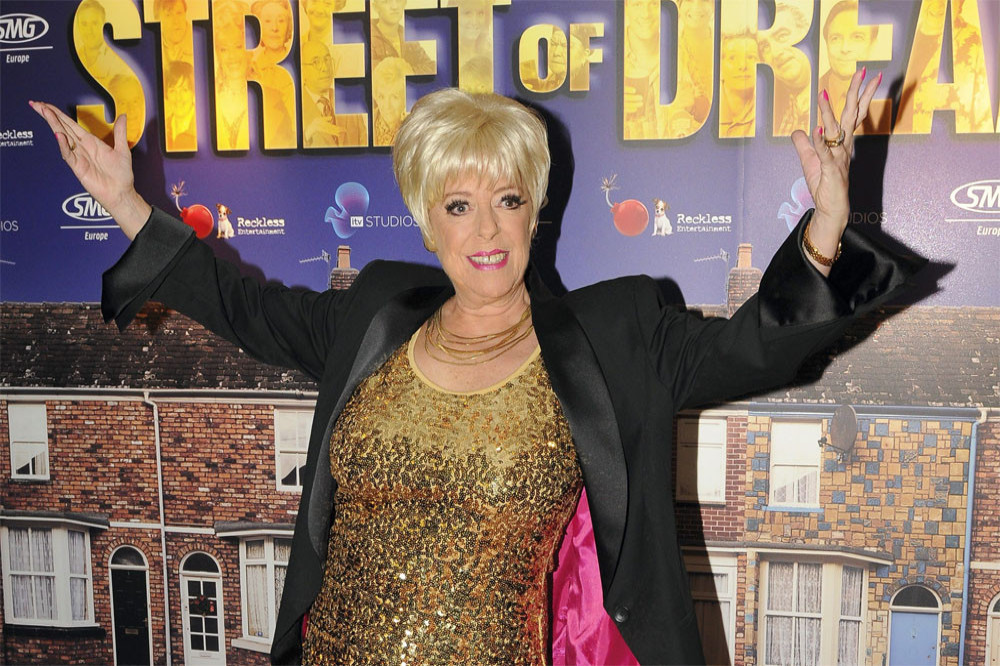 The 'Coronation Street' legend - who played Bet Lynch on the cobbles on and off from 1966 until 2003 - helped her 63-year-old former co-star deal with her ordeal by making her laugh, rather than focusing on her upcoming hysterectomy.

Writing in her book 'Unbroken', Beverley revealed: "Although I was adamant that a hysterectomy was the right answer, the thought of it was still traumatic.

“I was just 33 years old, with an 18-month-old baby and I was about to have an operation that I thought would turn me into an old lady.

“One night I lay awake crying, thinking, ‘Is this the end of womanhood?’ I didn’t admit it to anyone but I was scared...

"Julie Goodyear was completely fantastic. I’d had loads of people saying, ‘Oh, you poor thing, having to go through a hysterectomy,’ and that just makes you feel worse than ever.

“But Julie had a very different approach. One day I was in my dressing room and I heard this knocking on the door.

“When I went to open it, Julie was standing there wearing a balaclava. ‘What are you doing?’ I said. ‘Just thought you needed something to make you laugh,’ she giggled."

Beverley - who played Liz McDonald on the cobbles from 1989 until her exit earlier this year - admitted the dose of laughter was just what she needed.

She added: "Of course I burst out laughing. Julie came and sat down in my dressing room and said, ‘Listen, I’ve had a hysterectomy and you’re going to be fine, but let me tell you this, afterwards you’re going to s*** like a snow leopard.’