Netflix announced this week that The Killing and Suicide Squad actor Joel Kinnaman has joined the cast of the fourth season of House of Cards, issuing a first look picture of the talent in his new role. 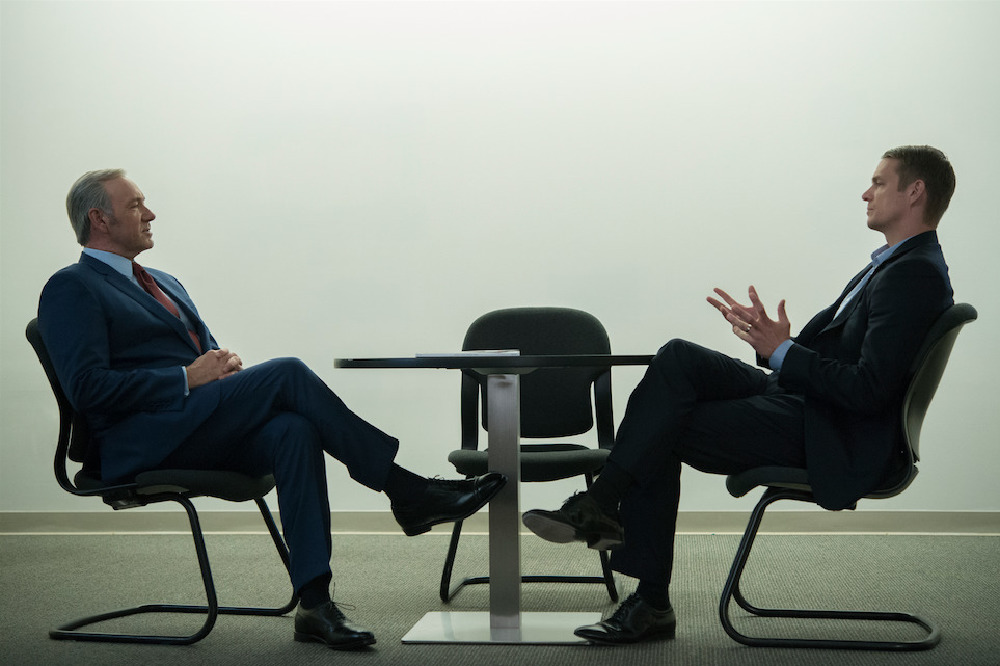 Despite the reveal, there's no news yet on just what role he'll be stepping into, though it looks as if he's going to be in some sort of power, or at least vying for it, as he sits opposite Kevin Spacey's Frank Underwood.

The show returns to Netflix on March 4, with all new episodes released at once allowing fans to binge or watch at their own pace.

Robin Wright will return as Frank's manipulative wife Claire, with Neve Campbell also new to the cast in a regular role that's also not been revealed. It is rumoured however that she'll be a new rival to the Underwoods.

A fifth season of the show has already been commissioned, to launch in 2017, but comes with the news that creator Beau Willimon would be leaving the team after season four.

House of Cards seasons one to three are available now on Netflix.