Harry Redknapp "can't stand" robots and worries they will one day be doing "everything" in society.

Harry Redknapp thinks the modern world is "dangerous for pensioners".

The 72-year-old football manager is convinced robots will soon be doing "everything", which spells bad news for him because he already struggles to get to grips with "machines".

He said: "Soon there will be robots doing everything. Cars will take off and fly.

"They will be doing everything. It's crazy.

"Machines, argh I can't stand them.

"I think it's quite dangerous for pensioners."

Harry can be seen in new show 'Hard To Please OAPS' - which also features the likes of June Brown and Lionel Blair - struggling to use an Alexa smart speaker, operate a light bulb via a mobile phone and attempting to shop with a contactless payment card.

And the 'I'm A Celebrity... Get Me Out Of Here!' winner wasn't the only star to be bamboozled by gadgets.

She said: "I don't see the point of having all these gadgets. I mean, what do they do?

"I'd be worried if my home was run by these things and there was a power cut."

The 83-year-old actress also has no interest in driverless cars being introduced on the roads - because she thinks she'll be "dead" by the time it happens.

She said: "A driverless car sounds sinister and dangerous.

"They're not coming in for another five years. I will be dead by then."

Meanwhile, 'EastEnders' legend June is worried she'll be killed by a robot in her own home.

She said: "It's horrible. Imagine having a robot in your sitting room. I don't suppose it could develop a brain, but it might decide to put a knife in you! I wouldn't trust it. I don't know what'll happen - maybe the end of the world." 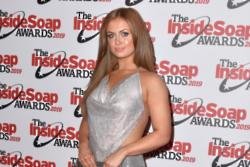 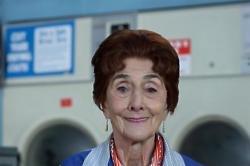