'The Great British Bake Off' co-host Matt Lucas has confirmed filming on the programme's 12th series will begin "very soon", and the cast and crew will form a bubble again.

Filming on 'The Great British Bake Off' will begin "very soon", and the cast and crew will form a bubble again. 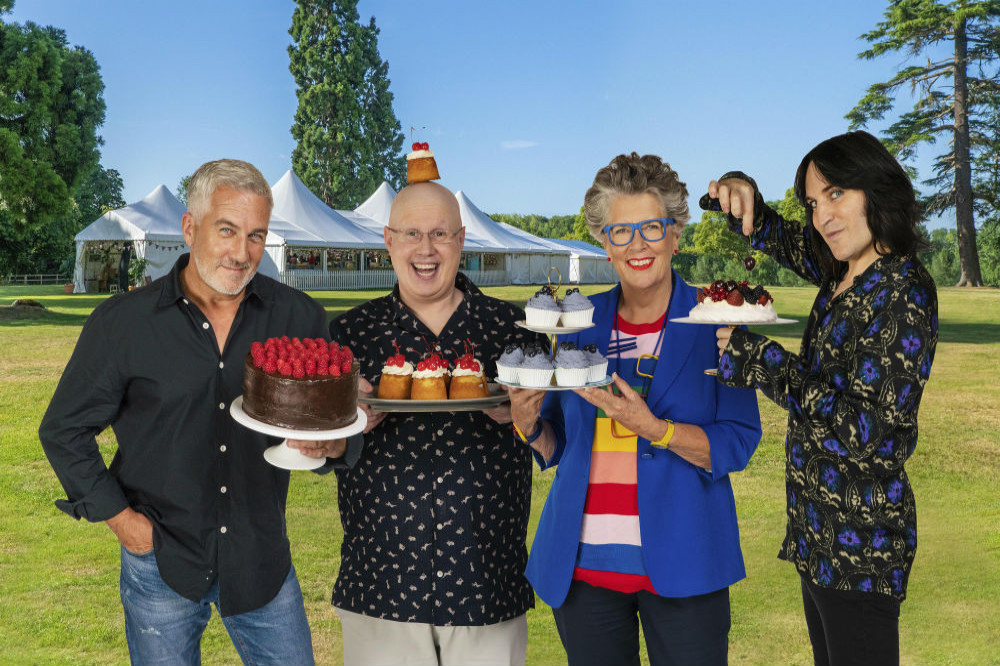 Matt Lucas, who co-hosts the show alongside Noel Fielding, has revealed everyone working on the programme will bubble up to enable them to get around coronavirus pandemic restrictions, after the show created a "self-contained biosphere" between the cast and crew last year to ensure shooting could go ahead.

Bubbling up ahead of filming series 12 will also allow Noel, Matt and judges Prue Leith and Paul Hollywood to taste the contestants' creations, and Paul will be able to dish out his famous Hollywood Handshakes.

He said: "We're starting very soon. And like last year, we're going into a bubble.

"We are all self-isolating and getting tested, and then we're going into a COVID-free bubble so we can all taste each other's bakes and there can be handshakes, and all sorts.

"I've seen video clips of all the new bakers, and there are some brilliant ones in there."

Matt admitted he has "so much fun" on the show, and loves working alongside Noel.

He added: "I just have fun [on the show] and I love working with Noel, he's so funny.

"We've both been in double acts. He'll be doing something again, I'm sure, with Julian [Barratt] and I'm going do something else with David [Walliams].

"But we're used to being in that dynamic. So when we write together we understand the rhythms and to go, 'Actually, I thought of this joke, but you have that joke.'

"Noel is really generous like that, he comes up with very funny things for me to say.

"Paul and Prue are so friendly, and they were so welcoming.

"I was so nervous going into this hugely popular show. And Sani [Toksvig] had left some big boots to fill.

What's more, Matt met up with his 'Little Britain' co-star David for a walk yesterday (13.05.21), and they have come up with an idea for a new show.

Speaking on 'Lorraine', he added: "We've got an idea.

"We haven't written anything down yet, we haven't pitched anything to anyone.

"But we do know what it is we want to do. We've got an idea for a series."