Watch Gary Lineker present Match of the Day in his underwear

Retired soccer star Gary Lineker introduced the opening 'Match of the Day' of the new soccer season in his underpants.

Gary Lineker introduced the opening 'Match of the Day' of the new soccer season in his underpants last night (13.0816). 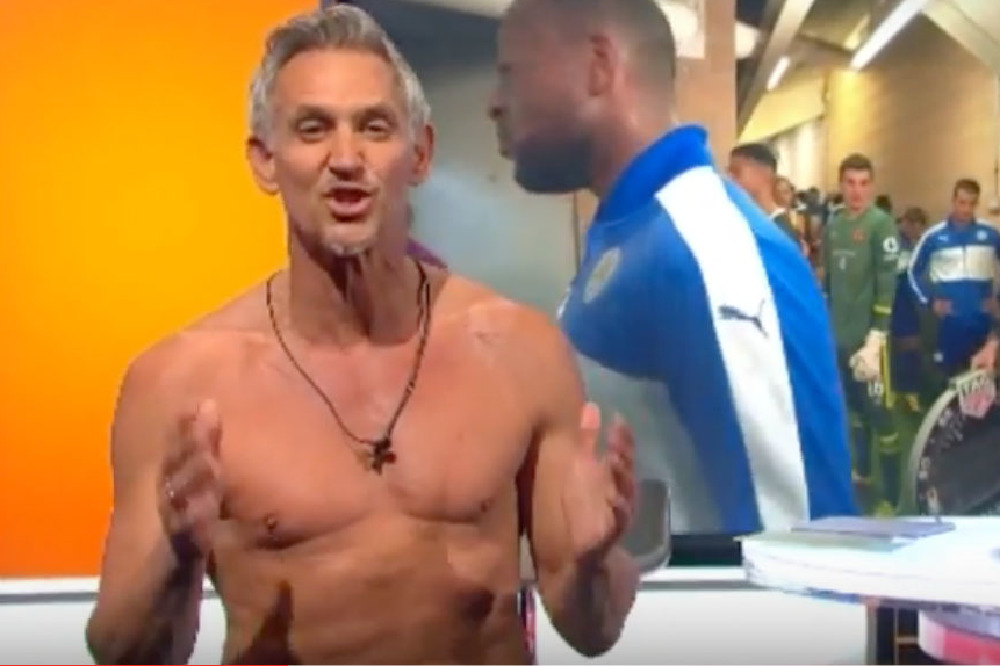 The TV presenter famously agreed to strip to his boxers if his beloved Leicester City won the Premier League title last season and Gray kept his promise, appearing on screen alongside former England captain Alan Shearer and Arsenal hero Ian Wright in a pair of white boxers.

Gary said on the BBC: "It is a one-off and a sporting miracle that has landed me in my underwear.

"When I tweeted that silly bet back in December, I categorically knew there was zero chance of Leicester winning the league. Zero chance. It happened but it was magical, it was great."

Gary, who also enjoyed a glittering career as a player, kept a straight face during his introductory piece to camera.

However, Alan and Ian were both busily giggling in the background as he opened the programme.

Then, as the show moved to its second match, Gary said: "Enough of this nonsense - I'm going to get dressed!"

Alan posted a picture of himself and Ian alongside Gary on Instagram and captioned it with a supportive message.

He wrote: "We're not laughing at you, we're laughing with you!"

Some TV watchers moaned that Gary had worn boxers and not pants.

However, he hit back on Twitter, saying: "Had a few complaints saying I should've worn pants not boxers. My tweet said undies. Boxers are undies. That was embarrassing enough thanks. (sic)"