Sir Mo Farah squeals in horror during the Fort Locks trial on 'I'm A Celebrity... Get Me Out Of Here!' The Olympian faces the challenge on tonight's episode (20.11.20) of the ITV reality show, with hosts Ant McPartlin and Dec Donnelly left laughing as he nervously sticks his hand into holes in the rock to find keys for different coloured grates which hold the stars.

Once he finds a green key, he has to reach into a hole filled with creepy crawlies, but he gets covered in sludge and falls to the floor.

The sprinter found out he would be facing the trial at the end of Thursday's episode (19.11.20), with viewers and famous fans optimistic about his chances.

"You’re talking about one of the most elite athletes on the planet. He will be able to do this.”

However, Ferne McCann - who appeared on the show in 2015 - insisted success as an athlete doesn't necessarily mean he'll be able to do the trials.

She added: “I’m not so sure. I don’t know, but I think there’s a reason the public have voted him for the trial.

"He’s a very successful professional athlete – is he going to win all the stars, like he does the medals?”

Meanwhile, Mo's wife Tania Nell recently admitted her husband was "really annoyed" when she let slip he was a snake phobia - after he did it from 'I'm A Celebrity' bosses.

Asked what he was most worried about the show, she said: "Definitely the snakes.

"I let slip to the producers, when they came to check on us in isolation, that he was scared of snakes. And I thought he'd already told them that.

"Obviously he hadn't, and he was really annoyed I'd told them. He said, 'Well that's it, they're going to give me snakes now.'

'I'm A Celebrity... The Daily Drop' is available on the ITV Hub daily. 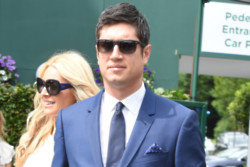 Vernon Kay has COVID-19, replaced by Eamonn Holmes on This Morning 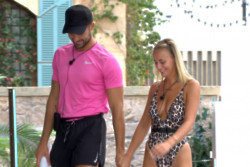