Danny Dyer has 'nothing in common' with wife Joanne Mas

'EastEnders' actor Danny Dyer says he has "absolutely nothing in common" with his wife Joanne Mas, but he finds her "fascinating".

Danny Dyer has "absolutely nothing in common" with his wife. 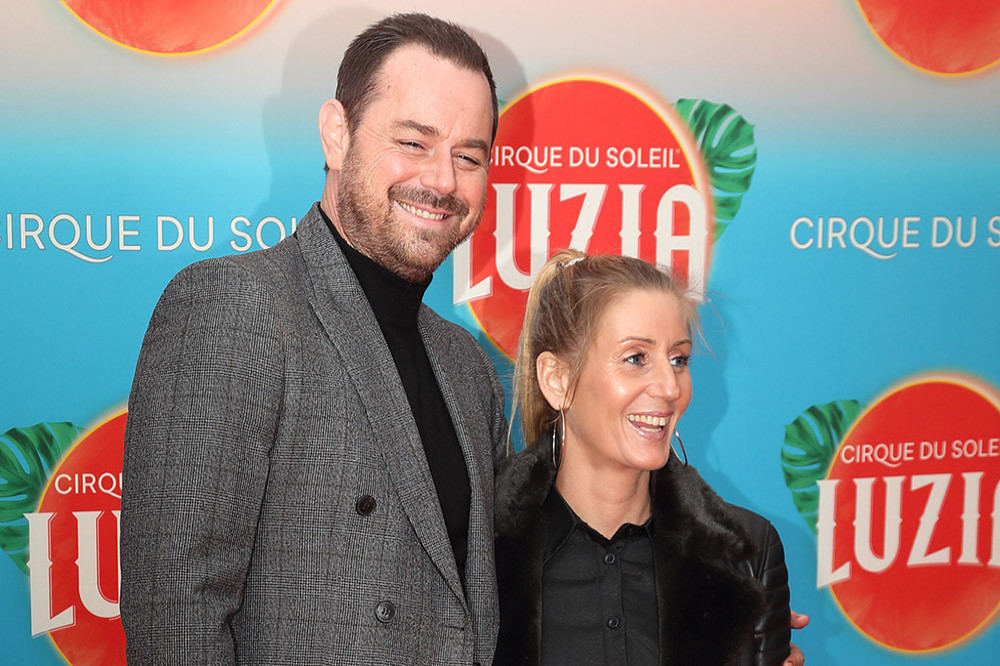 The 'EastEnders' actor has admitted he and his wife Joanne Mas - who married in 2016, but have been together since meeting at school in their teens - are like "chalk and cheese", but he finds her "fascinating".

Speaking to his and Jo's daughter Dani Dyer, the Mick Carter actor said: "Me and your mother have absolutely nothing in common. And it does work, because there are no grey areas. It’s about adapting though isn’t it. Me and your mother are chalk and cheese.

"But it keeps it interesting, keeps it alive, and I find her fascinating, the fact that she is into the s*** she’s into and I’m into the s*** I’m into, and it works."

But Dani - who welcomed her first child, son Santiago, into the world last month - believes her parents' relationship wouldn't have worked if they were too similar.

She said: "I think if mummy was the same as you it never would have worked. Mummy liking the indoors reigned you in a bit.

"Being different reins you in and makes you realise what’s right."

However, Jo shouldn't be expecting too much in terms of gifts on Valentine's Day, as Danny doesn't "give a f***" about February 14th.

Speaking on their Spotify Original podcast 'Sorted with the Dyers', Dani said: "You’re actually the person who does it the day before, has to run out and get the card, get this, get that."

Danny replied: "Nah, I do that for Christmas and birthdays and all that, but this, I really don’t give a f*** about this."

Dani said: "But didn’t you ask Mummy to be your girlfriend on Valentine’s Day?"

The 'Football Factory' actor thinks the romantic celebration is "too close to Christmas".

Danny explained "No, because we didn’t do that back in the 90s. It wasn’t ‘linking’ or ‘a motive’. But I’ve never got Valentine’s Day. It’s too close to Christmas."