There have been some big changes on Arrow throughout the four seasons broadcast to-date. We've had deaths, resignations from Team Arrow, life-changing injuries and the destruction of Starling City - now named Star City. Colton Haynes as Roy Harper/Arsenal in Arrow / Credit: The CW

Going back to its roots with season 5 then, we will see Oliver Queen (Stephen Amell) and on-off girlfriend Felicity Smoak (Emily Bett Rickards) bringing in new recruits to Team Arrow, including the already-introduced Curtis, played by Echo Kellum.

Now it looks like Oliver will be calling in some early help from close friend Roy Harper (Colton Haynes), with Kellum's Snapchat story showing that the actor is already on the set of the show in Vancouver, Canada.

The reintroduction of Roy AKA Arsenal at this point makes a lot of sense. He was introduced to viewers as a petty thief, but turned his life around to become the perfect sidekick for the Green Arrow.

With most of the world believing that Roy was the man behind the Green Arrow's mask however, and that Roy is no longer alive, it could be tricky weaving him into storylines that only include those closest to him.

Meanwhile, it was recently revealed that Haynes would guest star throughout the second season of Ryan Murphy's Scream Queens on FOX. With such a big commitment moving ahead, it's more than likely Roy isn't returning to Arrow for good, but rather for a few appearances here and there.

Arrow season 5 premieres in the US on The CW on Wednesday, October 5 at 8pm ET. 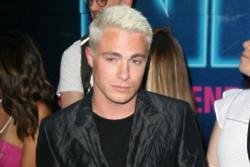 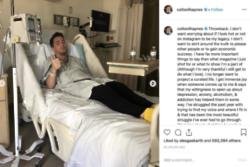 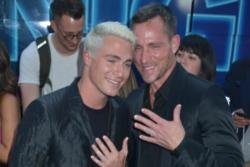