Claire Richards admitted that she might be a "crying heap on the floor" when she sees her fellow Steps star Faye Tozer dance on 'Strictly Come Dancing'.

Claire Richards might get a "little bit emotional" when she sees Faye Tozer perform on 'Strictly Come Dancing'.

The 41-year-old singer has admitted that she'll likely be a "crying heap on the floor" when her 42-year-old Steps bandmate makes her live dancing debut this Saturday (22.09.18) on the BBC on Latin and Ballroom show.

Speaking exclusively to BANG Showbiz, Claire said: "I think I might get a little bit emotional though, so hopefully it'll be a week where she's doing something up-tempo.

"Because if she does something all nice and swooshy and romantic, I might be a crying heap on the floor."

Faye and her professional partner, Giovanni Pernice, will be performing Cha Cha Cha to 'Lullaby' by Sigala featuring Paloma Faith, and Claire thinks the 'Tragedy' hitmaker's dance experience has made her a fan favourite to win the show.

She said: "I think she'll do well you know. She's a great dancer she's got the right posture for ballroom and she's really committed so she will put everything into it.

"I know she will be completely on it so I think she'll be up there with the best of the for sure, I can't wait she's gonna be amazing."

Claire wasn't surprised when she heard she would be in this year's line-up, but did find it difficult to keep Faye's secret.

She said: "I think it's amazing it was hard keeping it a secret especially when people are asking about it constantly.

"Especially when people would ask 'are you gonna do strictly' knowing damn well she was doing it, she's gonna be amazing she's gonna be fantastic and I can't wait to see her."

Faye has also voiced her excitement about appearing on the show and shared her nerves wither fans on social media.

She wrote: "Rubbish night of sleep ... anyone would think something exciting was on the horizon ... @bbcstrictly"

Claire Richards' new single 'End Before We Start' is out now. 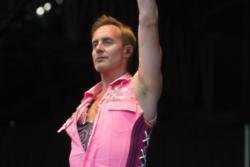 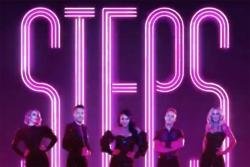