‘Coronation Street’ bosses have commissioned a portrait of Bill Roache to mark his 60th anniversary in the soap.

‘Coronation Street’ bosses have commissioned a portrait of Bill Roache to mark his 60th anniversary in the soap. 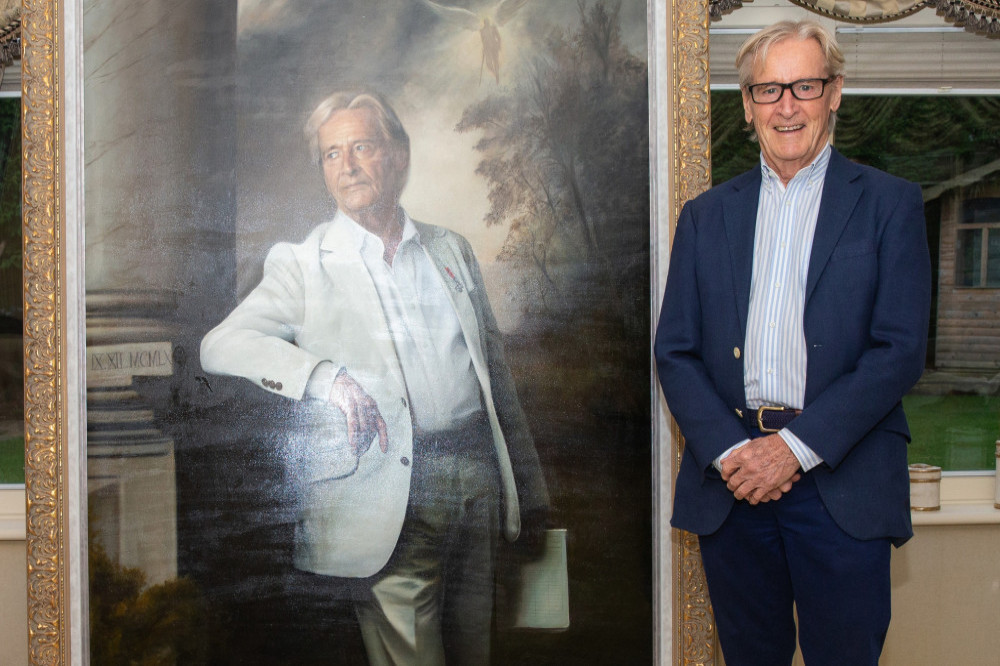 Bill Roache with his portrait

Bill, 88, has been playing the beloved Ken Barlow in the ITV soap since it first hit screens in 1960, and as the soap prepares to celebrate 60 years on screen in December this year, Bill will also be marking his 60th anniversary in the iconic role.

And to commemorate the milestone, bosses of the soap have commissioned Manchester based classical portrait painter, Michael Koropisz, to paint a portrait of Bill which will hang in pride of place in his Cheshire home.

The portrait was unveiled live during Monday’s (30.11.20) episode of ‘This Morning’, and Bill said the painting is something he will “always treasure”.

He said: “I cannot thank ITV enough for their wonderful anniversary gift. It is an honour to have a portrait painted and is always a joyful reminder of my sixty years in Coronation Street, something that I will always treasure. Thank you, ITV, and artist Michael Koropisz.”

Whilst artist Michael - who painted the portrait during lockdown using sittings Bill had undertaken in January and February of this year - added: “I am so grateful to have received this prestigious opportunity. This has been a great experience, not only because of its significance, but because it led to a wonderful, unprecedented, life-long friendship with myself, William and his family.

“I would also like to thank everyone at ‘Coronation Street’ for their support and send my congratulations. And to William I send my compliments with this message - William, I lay the first stroke of paint as your artist, and the last as your friend. Here’s to the 60 years!”

The news comes after ‘Corrie’ and Bill were presented with updated Guinness World Records confirming they remain the longest-running TV soap opera in the world, and longest-serving TV soap star in the world respectively.

Bill said of the achievement this month: "I would like to thank Guinness World Records for this new award. I have been very fortunate to have been in this wonderful programme, 'Coronation Street', which has carried me into this world record and a lifetime of wonderful memories."