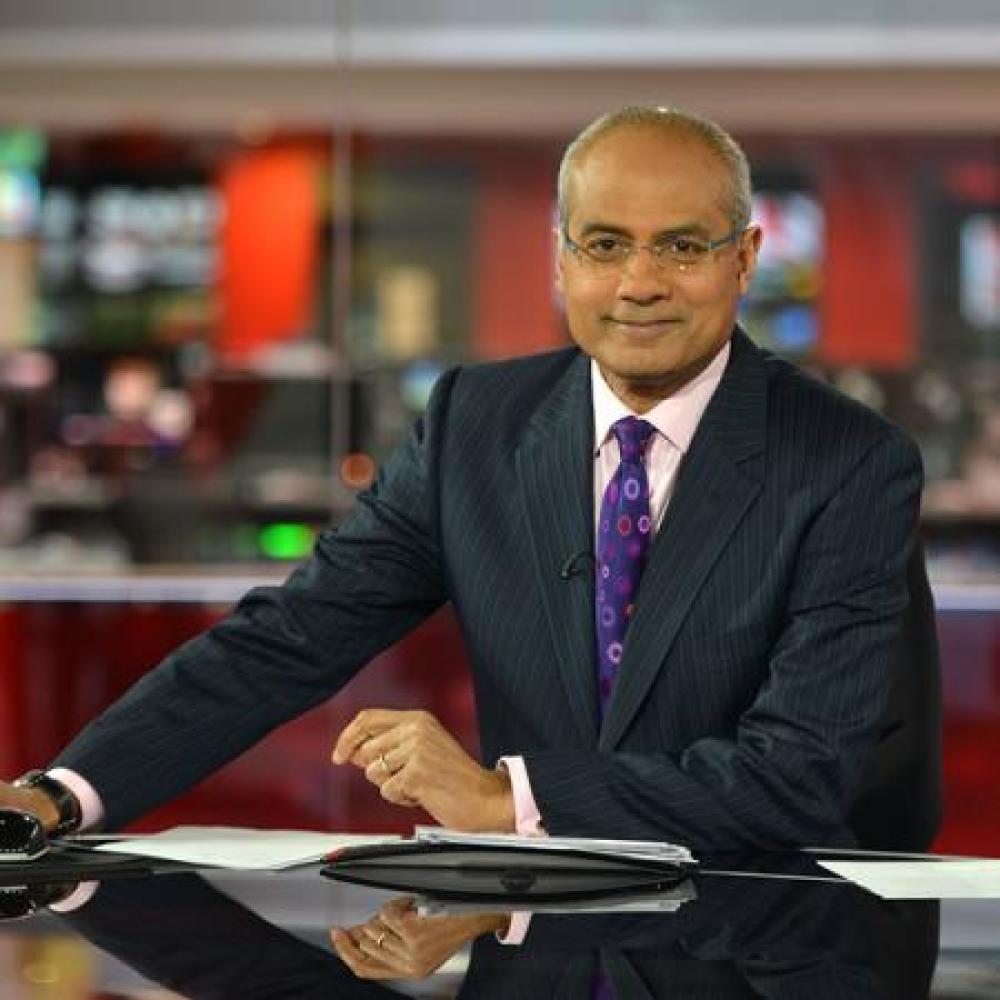 BBC newsreader George Alagiah has been diagnosed with bowel cancer.

The 58-year-old presenter, who has fronted the 'News at Six' since 2003, will be taking a break from his TV duties while he undergoes treatment for the disease.

A statement from the BBC said: "George Alagiah has recently been diagnosed with bowel cancer and will be off air for a while as he undergoes treatment.

"He is grateful for all the good wishes he has received thus far and is optimistic for a positive outcome."

It added: "George asks that he and his family are given the space and privacy they require whilst he recovers.

"Our thoughts are with him and his family and we send them our very best wishes during this time."

The corporation will find a replacement for George, who also presents the 'News at Ten' and 'GMT' on BBC World News, until he is well enough to return to work.

The statement read: "Until such time as George is well enough to return to work the BBC 'News at Six' and 'GMT' on BBC World News will be presented as usual by familiar faces from BBC News."

George first joined the BBC in 1989 as a foreign correspondent where he reported on events such as the conflict in Kosovo and the genocide in Rwanda, before going on to pursue a presenting career.