Alex Jones is expecting her third child with her husband Charlie Thompson, as she revealed she's set to welcome a baby girl, which will be her first daughter. 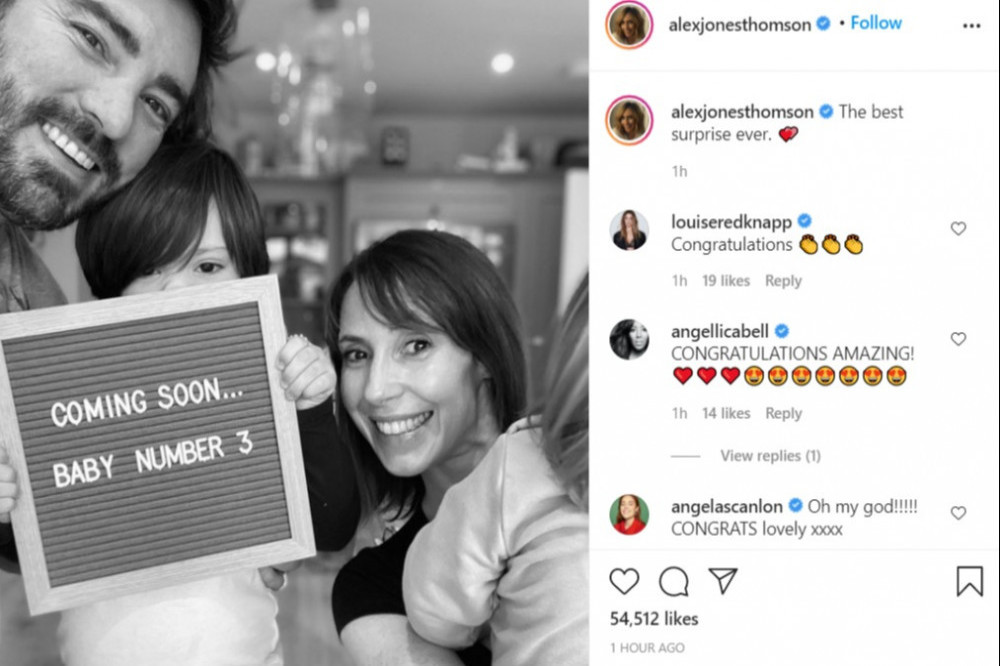 The ‘One Show’ host announced the happy news during Thursday’s (25.03.21) episode of the BBC One show, where she said she and her husband Charlie Thompson are set to welcome a younger sibling for their two sons - Teddy, four, and Kit, 22 months.

She said during the show: “I feel really nervous all of a sudden! It just seems like a good time to share some news with everybody, and the crew in the studio for the first time. Lockdown has been anything but predictable and we’ve had some really unexpected news … baby number three is on the way!”

Her co-host Ronan Keating then began clapping, and told her it was “fabulous news”, before Alex jokingly asked the 44-year-old singer – who has five children – for tips on dealing with a large family.

Ronan also asked Alex whether she’s having a boy or a girl, and the presenter, also 44, confessed she’ll be welcoming her first daughter into the world.

She said: “Yeah, we didn't see that one coming, but yeah, we're delighted. [We’re having] a little girl!”

After the show aired, Alex took to Instagram to post a picture of herself, her husband, and her two sons holding up a sign which read “Coming soon… Baby number 3”.

She captioned the snap: “The best surprise ever. (sic)” 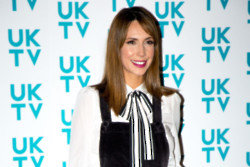 Alex Jones: My Strictly Come Dancing stint was a 'shambles'