Scouting for Girls were overjoyed to take part in a music festival to celebrate 'Emmerdale's 40th birthday.

Scouting for Girls were delighted to film a role in 'Emmerdale'.

The band took part in a live music festival - to be aired in October as part of the ITV1 soap's 40th birthday celebrations - on the site of Home Farm in the show, and lead singer Roy Stride reveals they were overjoyed to take part.

He said: "Having played the Woolpack in 2010 we felt the next step as Emmerdale fans was to appear in the show and finally now our dreams have come true. Our Drummer Pete is the biggest Emmerdale fan I've ever met and I think we're going to have to work hard to keep him focused on the job in hand."

A full stage was built from scratch for the festival, which also features The Proclaimers, and series producer Stuart Blackburn admits it was an "amazing feat" to put it all together.

He said: "This festival represents the modern countryside: vibrant, young and energetic. It was an amazing feat to put together an entire festival in such a short space of time. Technically it is probably one of the biggest challenges we have ever had on the show but the end result looks great.''

The 40th birthday celebrations will culminate in a week of must-see episodes, which will include one live instalment, two weddings and the birth of two babies.

tagged in Scouting For Girls 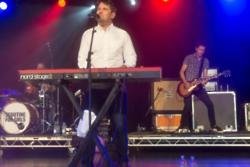 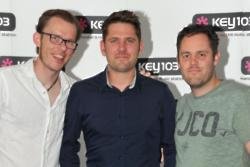 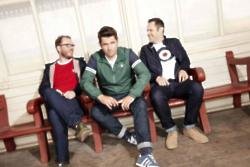 Scouting For Girls announce new album The Trouble With Boys