She’s got a very famous fan…

Earlier this week, we got our first glimpse of the Marvel Cinematic Universe’s latest superhero to enter the fray, Ms. Marvel. In an aptly-named TV series - Ms. Marvel - we will watch as Muslim American teenager Kamala Khan goes from avid gamer, fan-fiction writer and Avengers mega fan, to a youngster with super powers unlike any other.

Despite being a central focus of the recently-released Avengers video game from Square Enix, Ms. Marvel may not be as well-known as some of her fellow comic book counterparts. So, to celebrate the show’s upcoming release, we’ve put together seven things you never knew about the MCU’s latest hero…

7. Her only connection to Captain Marvel is her name

Captain Marvel is Khan’s favourite superhero, and whilst Carol Danvers was indeed the very first Ms. Marvel when it comes to the comic books, that’s where their connection ends. Though the pair did eventually form a friendship, we’re not sure we’ll be seeing that play out in the Marvel Cinematic Universe for some time.

6. President Barack Obama is a fan

“Ms. Marvel may be your comic book creation, but I think for a lot of young boys and girls, Sana’s a real superhero”-President Barack Obama.

Sana is the name of the character's creator, Sana Amanat, who was honoured at an event in March 2016, during Women's History Month. President Obama was in office at the time, and praised Ms. Marvel for positively portraying Muslim Americans, delivering a role model for children across America.

5. She left the Avengers to form a new group

Despite being created back in the 1970s, Marvel's superhero group, the Champions, had been through quite a bit of a dry spell. So, when they returned a few years back with Champions #1, readers were curious to discover what had changed.

They found out that Ms. Marvel had left Earth's Mightiest Heroes after becoming fed up of their attitude towards ordinary people, instead joining with Nova and Spider-Man to create this new, young team. Could we see that friction make its way into the MCU?

4.Kamala's got some unique powers

When it comes to flexing her super-powered muscles, Ms. Marvel is a unique being. Her most notable talent is being able to shapeshift, making parts of her body larger with an "embiggen" power that can increase her strength. Being able to grow in size, as well as shrink downwards, can help her get caught up in and of course, get out of, sticky situations.

Another interesting skill is being able to stretch her arms like Fantastic Four member, Mr. Fantastic. She's also able to self-heal and at times, has been known to change her appearance completely.

3. Kamala Khan is officially an Inhuman

When the Terrigen Mists transforming agent used by the Inhumans were released, a large population gained their powers, with latent Inhuman genes becoming active. One of those people was Kamala. Exactly how her origin story plays out in the Marvel Studios series remains to be seen however; many think that things will be changed, as the recently-released Inhumans wasn’t exactly celebrated.

2. She sacrificed her life in her future form

There are a lot of different paths the character of Kamala could go down, but one we'd be interested to see at some point, would be in the dystopian future. In the comics, we saw the Exiles series relaunched in 2018 where an aged Kamala ended up giving her life to ensure the titular team wre successful in their mission.

1. She's no stranger to space travel

As we know, the next instalment of the Guardians of the Galaxy film series will be the last to feature the team in their current composition. So, with some spaces opening up, could Kamal be the perfect hero to fill one of those spots?

We know she’s travelled through space before, having enjoyed an adventure that resulted in her picking up a costume made from Kree technology, that provides incredible protection. It even morphs into a backpack when not in use; pretty awesome, right? 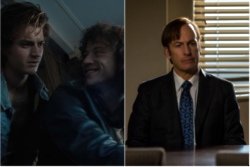 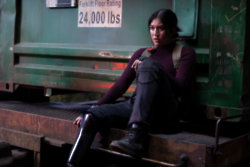 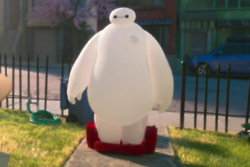 Sex-mad man gets 100 erections per day