The reviews are in for Marvel and Netflix's latest original offering, but Iron Fist doesn't seem to have impressed the critics...

Marvel have up until this point hit the ball out of the park with each of their Netflix original series, Daredevil, Jessica Jones and Luke Cage. Now though, that all seems to be changing, with Iron Fist taking a beating with its early reviews, sitting at 0% on Rotten Tomatoes at time of writing. Why exactly does everybody hate the latest live-action Marvel property? Here are some excerpts from early reviews – click through for the full write-ups… 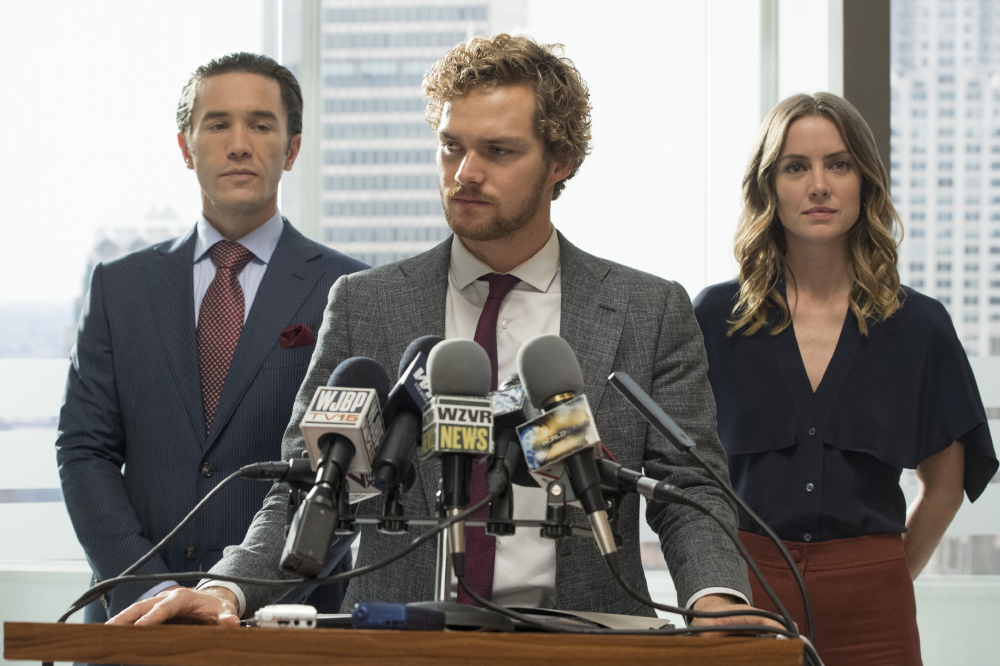 Alan Speinwall, Uproxx: “If Iron Fist was an otherwise boring series with a hero who kicked butt in exciting ways early and often, I’d forgive the bland expository parts in the same way I do for a lot of action shows and movies. And if Finn Jones couldn’t fight but was otherwise a riveting screen presence blessed with sparkling dialogue and a compelling character arc, I’d get past the alleged living weapon’s lame physical prowess. But when neither part works at all, why would anyone but the most devout, masochistic Marvel completist want to watch?”

Mike Cecchini, Den of Geek: “Part of the problem might be that Iron Fist has something of an identity crisis. So much time is spent at Rand Enterprises that you almost feel like the show is trying to fool viewers into thinking it’s a corporate drama as it sidelines its mystical/martial arts elements. That’s actually a cool pitch, but none of the corporate stuff is intriguing enough to hang the show’s hat on.”

Maureen Ryan, Variety: “Even if you can put aside issues of cultural appropriate – and the ham-fisted Iron Fist doesn’t make that easy, given that it feeds its yoga-bro lead character a series of inert lines about Shaolin wisdom and Buddhist teachings – this superhero drama just feels inessential.”

Dan Fienberg, Hollywood Reporter: “It’s unclear if Jones’ lack of physical authority is dampening Iron Fist’s ability to be an action show or if Iron Fist’s lack of interest in being an action show has negated Jones’ ability to display physical authority. For five episodes, Danny’s fights are weakly staged and all-too-brief, without any effort to even pretend that the show’s leading man is doing any of his own stunts.”

Kevin Yeoman, ScreenRant: “The blandness of its characters and narrative is worsened by the dual association Iron Fist has with the superhero and martial arts genres, two varieties of films and television that are typically denoted by their kinetic and action-oriented storytelling.”

Carly Lane, Nerdist: “If Iron Fist wasn’t the lead-in to the long-awaited Defenders crossover, it would probably be skippable (unless you’re a completionist by nature). The series does boast some strong supporting characters and striking visuals (especially in episode six, directed by RZA) but the show’s biggest flaw is that it takes way too long to get started, which may be a problem for even the most dedicated of binge-watchers.”

Kwame Opam, The Verge: “Jones certainly can’t be blamed for the show’s faulty internal logic, though, which has Danny, a born-and-bred New Yorker, walking into the midtown Manhattan office building he ostensibly owns dressed like a vagrant, then wondering why he’s treated poorly. The flaws are foundational.”

Marvel’s Iron Fist comes exclusively to Netflix later this month, with all episodes premiering on March 17, 2017.