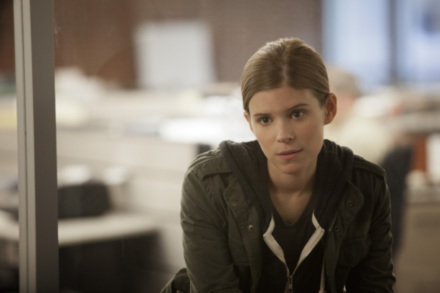 Kate Mara in House of Cards

The second season trailer for House of Cards was released today.

Following their four Golden Globe nominations, the Netflix show treated loyal viewers to a two-minute look at what they can expect from the upcoming second season.

Frank Underwood's the Vice President, but his move into power will see threats from all corners, and with Zoe Barnes hot on his tail and close to unveiling the truth about him, Peter Russo will stop at nothing to ensure the story breaks.

Newly appointed Second Lady Claire is figuring out how to deal with the spotlight, and must find a way to ensure their private existence stays as away from the glare as possible.

Season two of the show will air on Netflix in all territories on February 14, 2014.