The first episodes of TV show 'Spooks' may be dropped following the terrorist attacks in London. The two opening instalments of the spy drama, due to be aired this autumn, show a devastating bomb explosion in the capital - but BBC bosses fear its too soon after last Thursday's (07.07.05) bomb blasts. They are concerned the six-part series - which follows MI5 agents in a dash to pre-empt more explosions - might be too traumatic for viewers. A show spokesman revealed the programme, which stars ex 'Eastenders' actress Martine McCutcheon as a flower girl, is being reviewed in light of the incident. TV chiefs will decide whether to go ahead or whether to re-edit some scenes. The spokesman revealed to Britain's Daily Mirror newspaper: "We're looking at the episodes again. "Our duty is to be a responsible broadcaster. We need to make sure it wouldn't be unduly upsetting for the public to watch." She added the show's plots always aim to be relevant and contemporary. 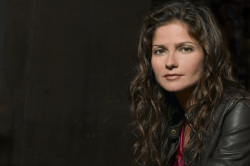 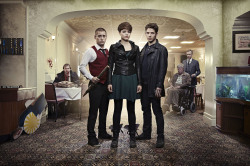 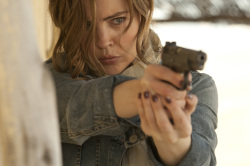