Will And Grace Star Shoe Shocker

Megan Mullally Shocked By Shoe ShoppingWill & Grace star Megan Mullally was stunned when she received a $2,200 (£1,200) bill for a pricey pair of designer shoes, because she had no idea shoes could cost that much.The actress despises shopping, unlike her shopaholic character on the hit sitcom and never makes time for it.She explains, "I'm not a good shopper. I'm not that girly. I haven't shopped for clothes, because I haven't had the time."The last time I was in New York, I had an hour and a half between appointments and my friend said, 'We're going to go shopping!'"So we went to (department store) Bergdorf's and I raced through the shoe department and I thought, 'Oh, I need a pair of high heels, just something plain.' "I saw this little pair of brown slingbacks and I thought, 'Oh, those are cute, I'll get those.'"Honest to God, I really didn't know that a pair of shoes could be more than five or six hundred dollars."

The star had the shoes sent to her hotel room and was stunned when she received the bill for $2,200 for her brown alligator-skin Manolo Blahnik's.

She adds, "I put them in the safe at the hotel. I have to wear them now, I have to get my money's worth. 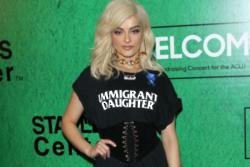 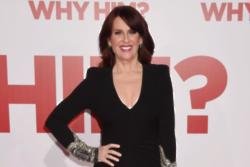