"When I met him, I knew there was something about him. I wasn’t ready when I first met him but I felt in my heart that he was a good guy and someone I wanted to have in my life."

The Real Housewives of Atlanta are always entertaining audiences with their hilarious catchphrases, witty put-downs and compelling drama, and this year the show has made its return for an incredible 11th season!

We got the chance to catch up with Cynthia Bailey - who has been with the series since season 3 - to find out all about her new love, the new members of the RHOA cast and more!

What can you tell us about the new season of RHOA and the personal story we'll see you go through this year?

This season, my story line is mostly about being an empty-nester. My daughter Noelle leaves for college this season to attend Howard University. That was kind of difficult because if you watch the show, my daughter and I are very close. She is my bestie and it was a lot harder than I thought to let her go. She definitely struggled, which was hard for me because I had to be the strong one. I had to make sure she actually got out the door. In the end, I think she wanted to stay. My empty nest doesn’t stay empty for long, because I actually meet my new boyfriend, Mike Hill. I am absolutely head over heels in love with him. No pun intended.

You're getting close to a new man this season; what should audiences know about him?

I am getting closer than close with a new man this season. Noelle leaves the nest and Mike Hill jumps in. Fans can expect to see me go on this journey. Last season I was just coming off my divorce and needed some time for myself. I started dating and had no intention of getting into anything exclusive or serious. I just wanted to date and have fun. That’s what you saw last season. I wasn’t sure if I even wanted to get married. I didn’t want to talk about anything relationship-related. That all changed when I met Mike.

When I met him, I knew there was something about him. I wasn’t ready when I first met him but I felt in my heart that he was a good guy and someone I wanted to have in my life. I took my time and we dated. It is a long-distance relationship; he lives in Los Angeles and I live in Atlanta. I spend a lot of time in Los Angeles when I am not filming. I am at a place with him where the sky is the limit. I want to be with him. Whether I am his girlfriend or shacking up, I don’t care as long as I am with him, I am happy. I describe him as the male version of me. It was the same feeling he brought me when I bought my lake house. The peace that it brought me is the same peace he brings to me. I am pretty excited about my relationship with Mike, obviously.

We'll also see two new Real Housewives join the fray this year, Eva (who we've seen a little of), and Shamari DeVoe; what should fans expect from the pair?

Shamari and Eva are two different women who bring two different things to the show. I think the fans should expect to get to know them. I don’t feel like they got to know Eva last season. You’ll get to see both of their personal stories this season. I personally enjoy them on the show. I am not an OG or a vet, but I have been on the show for nine years now. I feel that it’s important to throw new ingredients into the soup. Sometimes it’s good to take some things out and put something new on the table.

I think Season 11 is going to be a very different season. There is a lot going on and all of our personal stories are pretty big. It will be a great season and it will be a different kind of drama. It’s more fun drama than mean-spirited drama. I think people want to be entertained, but I don’t think they enjoy us really fighting and being mean to each other. At the end of the day, fans love to see us throw shade and be funny. I think it’s going to be a fun and entertaining season with stronger personal stories. Everyone is in a great place in their life.

Tanya Sam also joins in a friend’s role; what do you make of her addition to the series?

Tanya is a sweetheart. I have enjoyed working with her and getting to know her. She filmed with us a lot and I think she’s another great addition.

Kenya's left the show; do you miss her being a part of the series?

I do miss Kenya being a part of the show. There is only one Kenya Moore and she brings what she brings. Nobody else can bring what Kenya brings to the show. The good thing is we are friends on and off the show. She is one of my very close friends. Her baby is coming any day! I can’t wait to be an auntie and see her be a mom. I have a lot of compassion for her story with her mother and the fact that it is happening makes me so happy. I know she has a lot of love to give her baby.

You've been with this show since season 3. Do you ever get used to cameras following you round and documenting your life?

I am pretty used to it now. It’s been nine years so it’s pretty normal. It would be kind of weird to not have them following me around. It has been a journey and it’s going to be fun looking back on it because it is an amazing show and platform. I don’t think you can find anyone who doesn’t watch or hasn’t heard of The Real Housewives of Atlanta. I am proud to be a part of this phenomenon. It does entertain and inspire a lot of people.

I think my parts on the show are great and I bring a nice element to the group because I am truly and transparently me. I am learning as I go, I am not perfect, and I don’t pretend to be. I’m not the strongest, the funniest, most ratchet. I am not any of those things. I think people are on a journey and are trying to be the best people they can be.

What would you say are some of the biggest challenges, being on reality television?

I think the biggest challenge for me is always going to be my personal life. I got married on the show and we were completely transparent with everything going on in our lives including our finances. It’s hard when you really are dealing with it in real life, and you have to deal with the public’s opinion about your life.

Also, it’s challenging when you have a child on the show. My daughter, Noelle, started appearing on the show when she was eight and now she’s 18. The show isn’t their identity but they are part of yours on the show. At some point they want to find their own identity. It’s kind of hard to let them transition into whatever they want to do with their life. They are a part of the show but they aren’t really a part of it. They still get judged the same.

I am in a new relationship and I met Mike before filming. We were able to set a foundation before we began filming. The show can be great for relationships, but it can also be difficult because everything in your relationship isn’t always just good TV. Some things should be sacred and ours. At this point, as long as I am a part of this platform, I will always give but some things in my personal life are mine.

Similarly, what are some of your favourite things about being a part of this cast?

My favourite thing is the great relationships I have made with the ladies on the show. These women are considered my sisters, no matter how many ups and downs we have had or how many times we have a falling out. It is very much a sisterhood and I am very inspired and motivated by some of the women on the show.

I think the platform is amazing as an entrepreneur and a businesswoman. I have always used it to promote and show all of the amazing things I have going on in my life. The show has always been gracious about showing my reality, which is my business and entrepreneurship. It has been phenomenal. Who doesn’t want to be on the number one reality show and really get to do what you do with your life?

I get to watch it as well because when you’re living it, it’s hard to see yourself living it. I actually get to watch it on TV. I remember when I opened up the Bailey Agency nine years ago and I still can’t believe I did that. It’s like having your own personal journal on Bravo. I go back and see flashbacks of Noelle at eight years old. It’s amazing to have a television photo album of your journey from the past nine years.

Finally, away from the show, what should we expect from you in the coming months?

I have a huge partnership with Seagram’s that we are in the process of rolling out right now. We have my own Seagram’s flavour that is dropping in February 2019. You are going to hear me and see me talking a lot about that. I had a huge event and the whole cast was there to support me last week.

I also have a lot of things coming up that I can’t talk about right now because they are still brewing and I don’t want to jinx them.

I have a new bag line, I still have Cargo by CB, my Cynthia Bailey eyewear, and I just opened up a wine shop! This is the first time I go into that type of industry alone! I watched and learned from my ex-husband, Peter. I thought it would be fun to open up a wine shop. I love the wine world and I am learning as I go. I am 51 years old now and always pride myself on thinking I am aging like a fine wine. I am learning new things and I am having fun.

Stream and download The Real Housewives of Atlanta new season, Mondays on hayu, reality on demand. 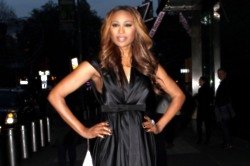 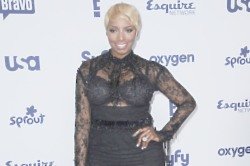 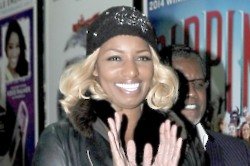 NeNe Leakes quits The Real Housewives of Atlanta: 'A weight has been lifted'