Dishing up a fictitious and entertaining behind-the-scenes look into the chaotic world of reality television, brand new Lifetime exclusive series UnREAL is coming to the UK, and we got the opportunity to chat to star of the show Constance Zimmer.

Talking about the series, her character, the world of reality dating competitions and much more, Constance dishes on some of her most memorable moments backstage and just what she has coming up in the future. Read on to find out what she had to say.

What can you tell us about new series UnREAL and the character you play in the show Quinn, coming to Lifetime in the UK?

UnREAL is behind the scenes of the making of a dating reality show and shows the lengths people will go to in front of and behind the camera. Quinn is the executive producer director of the show and she is an incredibly complicated person in a complicated job, who holds a lot of power and will do whatever it takes to make good television.

The first four episodes of the series have been made available online in America, how have you found the response so far?

The response has been incredibly complimentarily. I get completely speechless trying to talk about it because it's been so overwhelming. The reviews and people can't get enough of it and are so fascinated by it. It's really hooking people in more than anyone ever expected because it goes so much further than behind the scenes of reality television, we're diving into the psychology of what women are willing to do to get a man, what women do to each other behind the scenes, the making and breaking of relationships.

I've been so excited because everyone's been getting the deeper storyline of the show and not looking at it as it is on the page. It's been so wonderful and everybody has been really embracing the Quinn and Rachel relationship too. I'm so moved by how much it's affecting people in so many different ways and I feel scared for everybody cause the show gets really dark and I think people are going to lose their minds.

What was it about this show that drew you to getting involved?

I had seen Sarah Gertrude Shapiro's short film which is called 'Sequin Raze' and when they said they were making it into a television show, I said, "What?! I want to be a part of it"!

Because of the support from Lifetime and the chance to work with great female writers Marti Noxon and Sarah Gertrude Shapiro, and an incredibly full formed female cast was very exciting to me.

As well as all of the facets of women and what we do to women, reality television and going behind the scenes of it - there were so many reasons for why I wanted to do it.

Do you watch reality shows in your day-to-day life? Which are some of your favourites if so?

I had not watched a lot of them, definitely not the dating competitions. I watched Project Runway. I like the ones where I feel like they are doing good putting people in front of the camera. Finding cool artists that never would have been discovered before and giving them a platform, those I love to watch.

But I did have to tune into a few dating shows when I was doing research because I just couldn't believe the scenarios that we were reading in our scripts! It's fascinating!

This seems like a very fun series to be a part of, what was the experience and chemistry like on-set?

What are some of your favourite moments in the show that viewers should keep an eye out for?

For me one of the scenes that stands out the most is a scene with Shiri Appleby who plays Rachel and we really have to get in each other's faces. Before we were even shooting the scene we were crying because we have such an affection for each other in real life and I had to be so mean to her and physically invade her space and I kept saying to her, "you can't look at me!"

Everytime I looked at her I would start crying because I felt bad at what I had to do! That was a hard one to get through and I think that happens in episode 3 so you guys will get to see that. Quinn has to stay constantly hidden in her emotions and she can't give way to them as much as Constance, I, would.

Finally, what can you tell us about other projects you're currently involved with?

I have reprised my role of Dana Gordon in the Entourage movie and I'm on a cartoon! I'm on the Transformers Robots In Disguise cartoon and I play the female transformer called Strong Arm, which has been very fun to do! I am on another TV show called Complications which is premiering in the States soon. 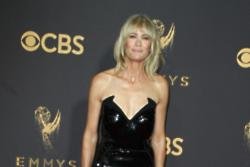 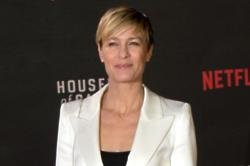 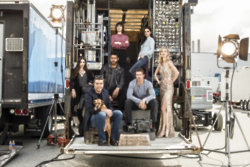