Halloween and American TV have a long running relationship, with shows all the willing to take time out for the holiday and make a special spooky episode every year.

While the Halloween special isn’t a usually done thing in the UK (due to the shortness of series and the occasion of Bonfire Night), American TV embraces the holiday with all of its gusto.

To honour the event, we decided to collect some the best specials from across the pond and give them a good outing.

Another of Seth MacFarlane’s brilliant holiday specials (wait a couple of months and we’ll be talking about Family Guys amazingly dark Christmas episode from last year), this special from 2010 was exactly that, a special slice of American Dad at it’s very, very best.

Centring on Stan’s attempts to create the ultimate house of horrors, the episode actually sees things escalating a little bit out of hand, in typical American Dad fashion, with Stan unleashing crazed death row inmates onto his family in his vain attempts to have neighbourhood bragging rights.

This is a Halloween special as it should be; ridiculous, extreme and with everyone in costume.

The much loved but criminally under seen comedy might have only done a Halloween special twice, but it was their first proper attempt in the show’s second series that really knocked it out of the park.

Featuring a full-blown zombie outbreak when the Dean puts out contaminated ‘taco meat’, the episode is a brilliant example of Community at its brilliant, referential and zany best. With characters arguing over costume choices, the terrible all-ABBA mix tape the Dean has made or even managing to make the old trick of a cat causing a jump scare into brilliant gag, it’s a great example of how to do a Halloween special and still keep the spirit of the show intact.

The best thing of all? Unlike any of these other Halloween specials, it’s completely canonical, with characters even referencing the events of the evening in later episodes.

Buffy was a show that dealt with demons and vampires on a weekly basis, so how the heck were they ever going to do a Halloween special. Simple, make it the one day of the year when the minions of hell aren’t trying to overthrow the forces of good.

But even on her supposed day off, Buffy can’t rest as the first, and best, of the show’s three Halloween specials proves, with the residents of Sunnydale all getting transformed into their costumes.

With Buffy turned into a useless, flouncing noble woman, Willow now a ghost and Xander a fully armed marine, it gave the entire cast a wonderful change of scenery for the day and made for one of the best episodes of Buffy there was over the show’s seven year run.

When Glee was in its pomp a couple of years ago, it was hard to resist its charms. When the show decided to go for broke and pull our Rocky Horror, it was damn near impossible to not love it.

Featuring the students of McKinley trying to put on a performance of Rocky Horror, the special has them all singing the songs from the world famous musical.

While Glee has always wanted to doff its proverbial cap to the world of musicals, it’s never really picked any songs with any crossover appeal to the casual viewer. Rocky Horror’s filled with so many fun numbers though that Glee couldn’t help but score a hit.

Ok, yes, it’s sillier than box full of silly-strings but then when has Glee ever decided to let the laws of reality confine it.

The Simpsons – Treehouse Of Horror V

The yearly affair from the residents of Springfield may have slowly gone down in quality over the years, but it always had a hard time living up to the high, high heights set by the show’s fifth attempt at a horror trilogy.

While the Treehouse of Horror episodes usually have one strong tale and two middling ones, this is an example of three cracking segments, with a brilliant re-interpretation of The Shining, Homer meddling with time travel and a scenario where he school’s students are being used as lunch meat.

From the brilliant running gag of Groundskeeper Willie being hit by axes to James Earl Jone voicing Maggie, it still stands as the best trio of tales that The Simpsons have graced Halloween with.

Got any favourites yourself? Let us know in the comment section below, or just rejoice in the whole spooky silliness of it all. 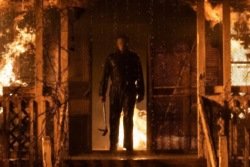 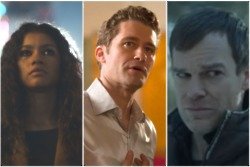 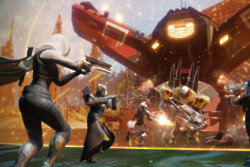