Restless – The Classic Spy Drama We’ve Been Waiting For?

We all love a good spy drama. From Spooks, to Homeland via The 39 Steps, we love a cracking tale of espionage. Now Restless is to join that prestigious group.

Starting tonight and concluding tomorrow evening, this drama adaptation from William Boyd’s novel of the same name will see a woman Ruth Gilmartin discover that her mother Sally has actually been a spy on the run for 30 years called Eva Delectorskaya. Now she must work with her mother’s former spy-master and lover in order to give her the peace she so desperately desires above everything else.

From here we’ll see a decade spanning drama, as we see both newly anointed spy Eva do her stuff during World War Two and the heart of the action in 1976.

These big seasonal dramas do tend to bring out the big guns when it comes to the acting talent, and Restless is right up there when it comes to great names. Michelle Dockery throws off the fancy gowns of Downton Abbey to take the lead role as a woman who learns that her mother is a spy.

With Charlotte Rampling as the aforementioned mother, Captain America’s Hayley Atwell, Rufus Sewell and Michael Gambon also on the cast list in lead roles, it’s an absolutely formidable array of stars on screen.

Hayley Atwell isn’t the only thing it shares with Any Human Heart, as the show’s also been written by the same writer as the fantastic Channel 4 drama.

If Restless can combine the emotional drama of Any Human Heart with the breathless action of Spooks (a show that director Edward Hall has been behind the lens on), then Restless will be a holiday treat to savour.

Restless starts tonight on BBC One and concludes tomorrow. 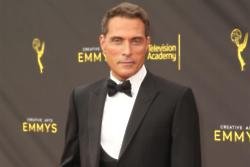