Jonathan Creek was a very British mystery show. A show about a quirky man in a windmill solving crimes thanks to a genius perfected by designing magic tricks helped by a bumbling  journalist? Couldn’t be more English if you tried.

Starring comedian Alan Davies and (for its first three years at least) Caroline Quentin, the show centred on the dynamic duo of Johnathan and Maddy, one a reluctant genius who designed magic tricks for a living, the other a nosey investigative journalist. Together they solved seemingly unsolvable crimes.

While the show is now set to span more than a decade, with an Easter timed special episode planned for next year, the best years of the show lay in its formative years, where the combination of Alan Davies and Caroline Quentin were something that an entire nation keyed into.

The show always attracted massive viewing figures, with it regularly getting in over ten million viewers during its pomp in the third series.

After Caroline Quentin left the show at that season’s conclusion though, it never really was quite the same again, as that central dynamic between Jonathan and Maddy being one of the show’s best aspects. While the show has gotten great actresses in to play alongside Alan Davies in the shape of Julia Swahala and Sheridan Smith, it never quite clicked.

This has led to the show’s breaks becoming bigger and bigger, with the periods of “duffel hibernation” as Davies puts it now lasting years as opposed to months.

The show also got darker as it went along, somewhat to its detriment, as Jonathan Creek’s light tone was always something of a bonus when compared to other crime dramas that populated the airwaves at the time, which were all concerned with going as grim as possible.

The brilliance of the show was in the cases themselves. Particularly in the first three years of the show, each episodes case was a wonderfully twisting and turning puzzle box that a lot of the time left you simply guessing as to what went on.

The show may have been a massive hit in the UK, it never saw the light of day abroad. It really is a crying shame, as Jonathan Creek is still one of the best and most inventive crime dramas to have hit TV screens.

While the best days of the show are behind it, fans of the oddly quaffed genius will be keen to see what brain twisting puzzles lay in wait for them come Easter. 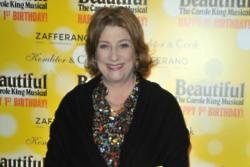 Caroline Quentin has secret dancing past 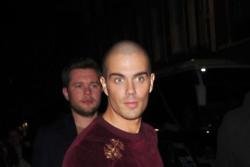