Mathew Horne has admitted he's pleased to see the back of BBC comedy 'Gavin and Stacey', as it has given him the freedom to develop his musical and writing talents.

Mathew Horne is pleased to see the back of 'Gavin and Stacey'.

It's over but it's good it's over. It was definitely the right time for it to come to an end. It went out on a high.

The British actor - who played Gavin Shipman in the BBC comedy series - thinks the show ended at the right time, as it has given him the freedom to leave comedy behind and develop his musical and writing talents.

Speaking at the Forever 21 launch party at London's One Marylebone venue, he exclusively told BANG Showbiz: "I'm really pleased 'Gavin and Stacey' is over actually. It's given me the freedom to follow what I want to do in terms of DJ-ing and writing.

"It's over but it's good it's over. It was definitely the right time for it to come to an end. It went out on a high."

The 32-year-old star recently admitted he finds the recognition associated with being in such an iconic show difficult to deal with at times, as it makes him feel "paranoid".

Mathew said: "I find it really difficult. I get recognised all the time wherever I go. Even if people don't come up, there's a lot of looking, nudging and whispering and I find it uncomfortable. It's not good for the paranoia levels. But I've just got to deal with it."

tagged in Gavin and Stacey 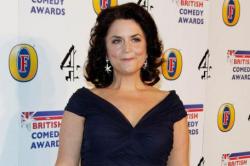