Emily Scott heading to the jungle

Australian swimwear model Emily Scott will join 'I'm A Celebrity ... Get Me Out of Here!' as a potential love interest for Mark Wright.

Australian model Emily Scott is heading into the jungle to join the 'I'm A Celebrity ... Get Me Out of Here! camp.

We rang Emily up and offered her the gig - and thankfully she accepted. Now we're crossing our fingers that she and Mark will find some common ground.

The blonde beauty - who has previously dated 'Little Britain' comic David Walliams - has been brought in by show bosses who are desperate for ladies man Mark Wright to have a romance after model Jessica-Jane Clement ruined their original plans by announcing her engagement.

A show source said: "Jessica's news that she was engaged was a bit of a bombshell - so we've hit the emergency button.

"We rang Emily up and offered her the gig - and thankfully she accepted. Now we're crossing our fingers that she and Mark will find some common ground."

However, Mark may have some competition as Emily - who was married to Ritchie Neville of boy band 5ive for four months in 2006 - has revealed she is attracted to both men and women.

The swimwear model - who will receive Â£30,000 for her time in the jungle - said: "I don't mind getting in bed with a guy and a girl. Threesomes aren't such a big deal these days."

A source added: "Now she is single and wants to mingle. The guys -and girls - in that jungle camp won't know what hit them." 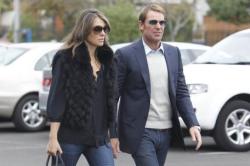 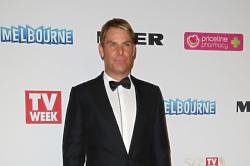