Call The Midwife returns this weekend and sees one of the BBC’s biggest and best surprises of the last few years reappearance of what has quickly become one of our Sunday night staples.

Based off the set of books by the same name, only those familiar with the source material knew what they had coming to them. Ight out of the traps though, Call The Midwife shocked critics by not only being one of the best dramas on British TV in 2012 but instantly finding a massive audience ready to explore the world of 1950s midwifery.

Over the course of its first half dozen episodes, it achieved an average of 8.7 million viewers on a Sunday night, more than any BBC drama in its debut series in quite some time. The Christmas special managed to even beat that impressive figure, topping 10 million viewers.

The ratings weren’t just a matter of chance though. The BBC had seen what they had on their hands early on and decided to push it in a way that no-one really though a little drama about midwives really should have gotten without any massive marquee names attached. We were inundated with adverts about a show that until then had completely flown under the radar.

The marketing campaign may have gotten the first episode the opportunity to impress, but was the instant warmth and eminent watchability of the show that hooked the audience in straight away and kept them coming back throughout the series.

In a show that’s quality came as a massive surprise, its best aspect was as equality unexpected. Miranda Hart may have become one of the UK’s comedy sweethearts over the last couple of years, but she impressed massively on her dramatic debut.

While the brilliantly posh Chummy was always the lighter and funnier character out of the four main midwives, this was a much more subtle role than anything she’d done before and it was in its quietest moments that she really shone.

Despite her best efforts (and they were rather good) even star Jessica Raine was out done by Hart’s brilliantly empathetic performance.

Despite the warmth at its heart, Call The Midwife didn’t just descend into the nostalgia soaked slush fest it could have so easily been. Throughout the first series, and much more so in the upcoming second, the show had more than enough bite to snap anyone out of getting too snuggly on a Sunday evening.

The first series may have gotten some flak for not presenting 1950’s London as anything like as grimy and dark as it actually was, but it still handled subjects like work houses and infant fatality. This new series looks to bring a bit more of the source material’s darkness into the equation, with storylines featuring prostitution and new-born disability to come into play.

Most importantly though, it got the balance right, retaining enough drama to bring keep viewers gripped, but enough fun to make sure that it wasn’t going to end up going down too grim a corridor. Sometimes it’s good to not have all of your drama be pitch black.

The BBC will be hoping for a repeat success and as long as it doesn’t completely drop the ball, then both executives and audiences should have another little buddle of joy.

Call The Midwife starts again this Sunday on BBC One 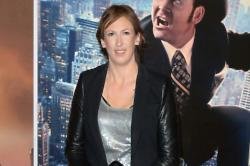