5 of the best dramatic television performances of 2014 so far 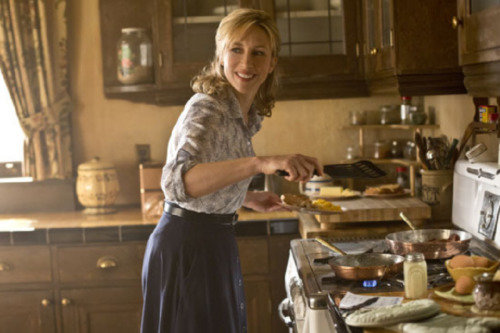 This year, television has been so good and we're just halfway through it!

From Game of Thrones to True Detective, the actors and actresses didn't waste any time in shining and showing off exactly why they got the job, and I for one believe those listed here deserve 'ALL THE AWARDS'!

Peter Dinklage as Tyrion Lannister in Game of Thrones

The murder of Joffrey Baratheon was something so major that the entire Game of Thrones fandom was in disbelief - things like this are usually held until the ninth episode!

On the trial for his murder is Tyrion Lannister, and though we at home know it was not he who poisoned the bully boy king, nobody in the realm seems convinced.

Dinklage delivered one heck of a monologue, spitting out his hatred of everybody in the city who treats him like a monster despite everything he has done and given up to protect them, and it's at this snapping of Tyrion's character that everyone at home let out a 'WHOOP!'

Never have I been more convinced by an actress that she would do absolutely anything neccessary to protect the ones she loves.

Farmiga is out of this world when it comes to flipping from happy housewife to murderous and revenge-seeking mistress, and I've never been as happy as I was when I heard Bates Motel would continue on after its first season.

Kevin Spacey as Francis Underwood in House of Cards

This one really needs no explaining if you've seen any of the House of Cards series, as one of the biggest actors on the planet plays conniving and 'evil' Francis Underwood - based on the main character of the British novel and television series Francis Urquhart.

As Vice President of the United States in this year's second season he was given more power than ever before, but struggled to keep his life away from the public glare despite instilling more fear in his enemies than thought possible.

Frank's a cartoon villain but one you could completely believe exists in real-life, and Spacey is one to thank for that certain realism he brings to the role.

House of Cards seasons 1-2 are available to stream now on Netflix.

One of the first times I've truly seen Woody Harrelson perform was as Haymitch in The Hunger Games, and Marty Hart is such a different and unique character to that, that I was immediately impressed by the versatility Harrelson showed throughout the eight episodes of the season.

When he was angry, he was believable. Same goes for the very few happy moments in the show, and the parts where he was trying to hold something back. He's utterly memorable and it's a shame he won't be returning for the second season.

True Detective comes to DVD and blu-ray on June 9.

After going back and forth for a while about just which actor from True Detective to include in this list, I figured there's no harm in including them both for the stellar performances they put on, cementing themselves a place in televisual history.

McConnaughey always shines, there's no doubt about it, but there was something so alluring, enigmatic and fantastic about the character of Rust Cohle that viewers fell in love with, and he played it ever so well.

What have been some of your favourite dramatic performances of the year? 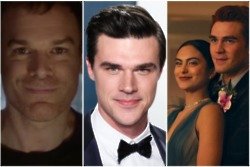 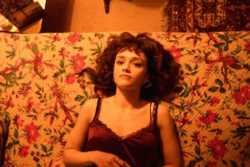