Berlin tops the list of most family friendly cities in Europe

Despite city breaks being seen as the preserve of couples, it seems that they are perfect for a family holiday too. 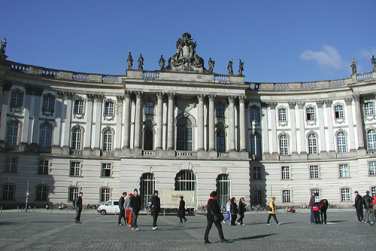 A new study has revealed that Berlin came out on top for the most family friendly analysing environmental, cultural, economic and safety factors.

HouseTrip.com, one of the world’s biggest holiday home rental websites, conducted the research to help parents find the city that is most welcoming to families, so that they too can enjoy the city break experience and for a little while at least credibly say "Ich bin ein Berliner".

The research examined a number of factors important to families both living in a city and visiting for a holiday in 15 different locations across Europe. Areas analysed included pollution and greenery, safety and crime levels, cultural attractions and prices, in order to crown an overall winner which scored the highest across all of the categories. Berlin emerged as the victor, boasting low pollution levels, a large number of museums, galleries and theatres and a relatively low level of crime.

The research revealed a number of interesting findings to help aid families looking for a break make the right decision for them. Stockholm took the top spot as the greenest city, with the lowest pollution level and 55% of the city made up of green space, followed by Berlin and Dublin. Paris was found to be the most cultural overall, with on average the highest number of attractions including art galleries, museums and theatres (with London coming a close second).

When travelling as a family, safety is always a major concern to parents. Valencia was found to have the lowest crime levels, followed by Berlin and Amsterdam.

Savvy family travellers may also like to know that Budapest was recorded as the cheapest city to visit, with the average cost of a meal at a budget restaurant coming in at only £3.84.

HouseTrip was founded in 2010 by husband and wife team Arnaud Bertrand and Junjun Chen. Arnaud Bertrand, President, said:  "Travelling as a family can be stressful, and choosing a destination which minimises these pressures is an important part of making sure everyone can enjoy the trip. At HouseTrip, we want to take the pain out of finding the perfect holiday accommodation and we hope that this research will help parents find the best destination for their brood." 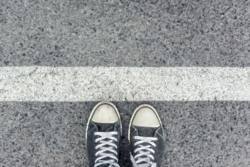 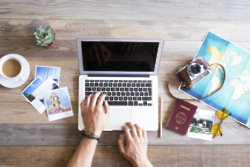